As a kid, I lived for baseball cards.  Every spring, I would anxiously await the arrival of the newest set.  I always had a bunch of players I hoped would get cards (but figured they wouldn't).  Back in those days, every player did not get a card.  Along with some other bloggers, I am out to correct some oversights (at least the ones that are important to me).
Today, I am focusing on the curious missing White Sox first baseman from the 1976 Topps set.  The 1975 actually used six players at 1st base, but none appeared on a Sox card as a 1st baseman.
Carlos May lead the pack with 62 games started at 1st.  May also started 45 games in left field.  Despite those numbers, Topps declared May an "outfielder" on his card.
Deron Johnson started 52 games at 1st base, but was traded to the Red Sox late in the season.  It was early enough for Topps to airbrush him into a Red Sox uniform and list him as a "designated hitter" on his Red Sox card.
Tony Muser had 25 games started at 1st, but he was also traded during the season.  He appeared on a 1976 card as a member of the Baltimore Orioles.
My all-time favorite Mike Squires started 17 games at 1st as a rookie.  Squires would not appear on a card until he made the 1979 White Sox Prospects card with two others.  With help from other bloggers, I have since corrected the several years of oversights by creating the missing cards of Squires.  Actually, the card below is a new creation of Squires just for this post.
Lamar Johnson started 5 games at 1st and was on a Rookie Infielders card with three others.  How did he merit that such inclusion over Squires?  In any case, that card was not good enough.  I created a solo card for Johnson.
Finally, veteran catcher Jerry Moses did not start any games at 1st, but played in one.  I did create a 1976 card of Moses as a catcher, which will appear here in the future.
None of this really explains why Topps excluded the position from the Sox team.  I don't remember this ever happening in Topps sets of that era.
I think the key really was Deron Johnson, who appeared on card #529.  He was supposed to be pictured with the White Sox.  Card #523 is of Red Sox teammate (and Backup Catcher Hall of Famer) Bob Montgomery.  It would be odd to have two teammates that closely numbered.  On the other hand, White Sox teammate Lee "Bee Bee" Richard appears on #533.  Either way, Deron is close to a teammate.
Maybe this has something to do with Topps releasing the set in series.  I don't know where the cuts were in each series.
I now have beaten this topic to death.  I will leave you with the three White Sox 1st basemen cards I created (because Topps didn't). 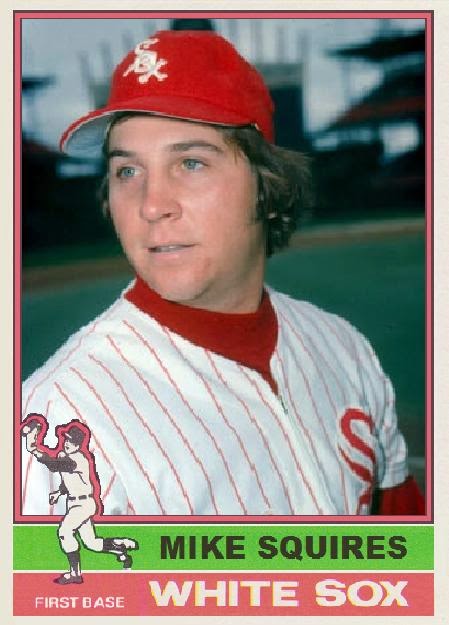 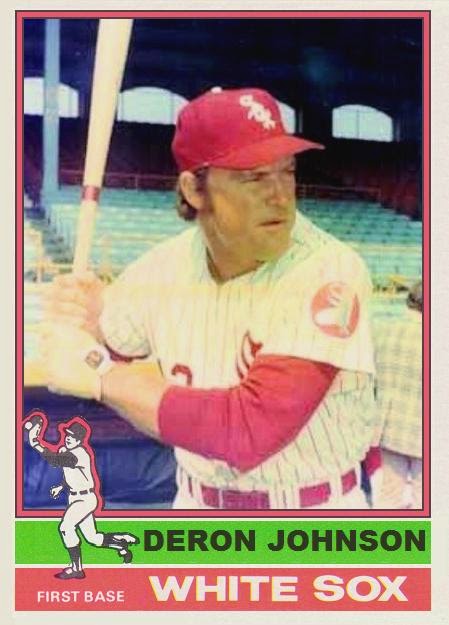 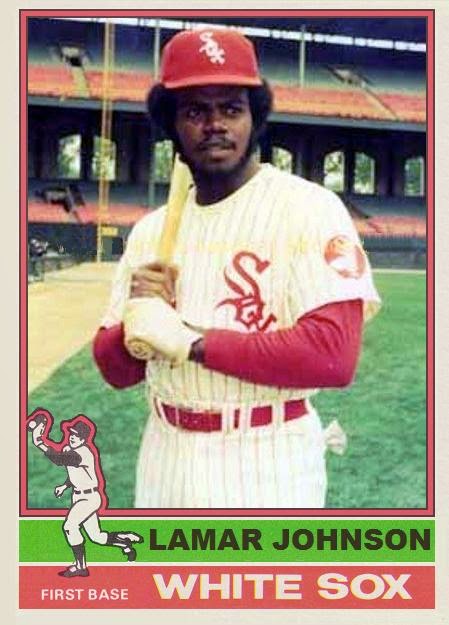