On the Beat with Emily Allard of the Chicago Bandits

Today, the Johngy's Beat-Justin's World coverage of the Chicago Bandits focuses on Emily Allard.  Justin's World had some coverage over the weekend at Chicago Bandits Interviews, Parts 3-5, but today I am adding my thoughts on the rookie outfielder.
Allard starred at Northwestern University.  He senior year was shortened due to offseason surgery, but that did not prevent her from being drafted by the Bandits.  She has rewarded the team with a batting average over .400 and is certainly in the discussion for the league Rookie of the Year.
While at Northwestern, Allard piled up awards and records.  There are way too many for me to list, but you can check out her accomplishments on Allard's page at ChicagoBandits.com.
Like the rest of the team, Allard was very nice and approachable.  Among other topics, the California native discussed her future and her answer was interesting.  Clearly she loves softball and Chicago, but she also is excited about her potential; off-field career.  I'll let her explain, but I have to predict we will see her here for a little longer at least!  The interview can be found at Emily Allard Interview. 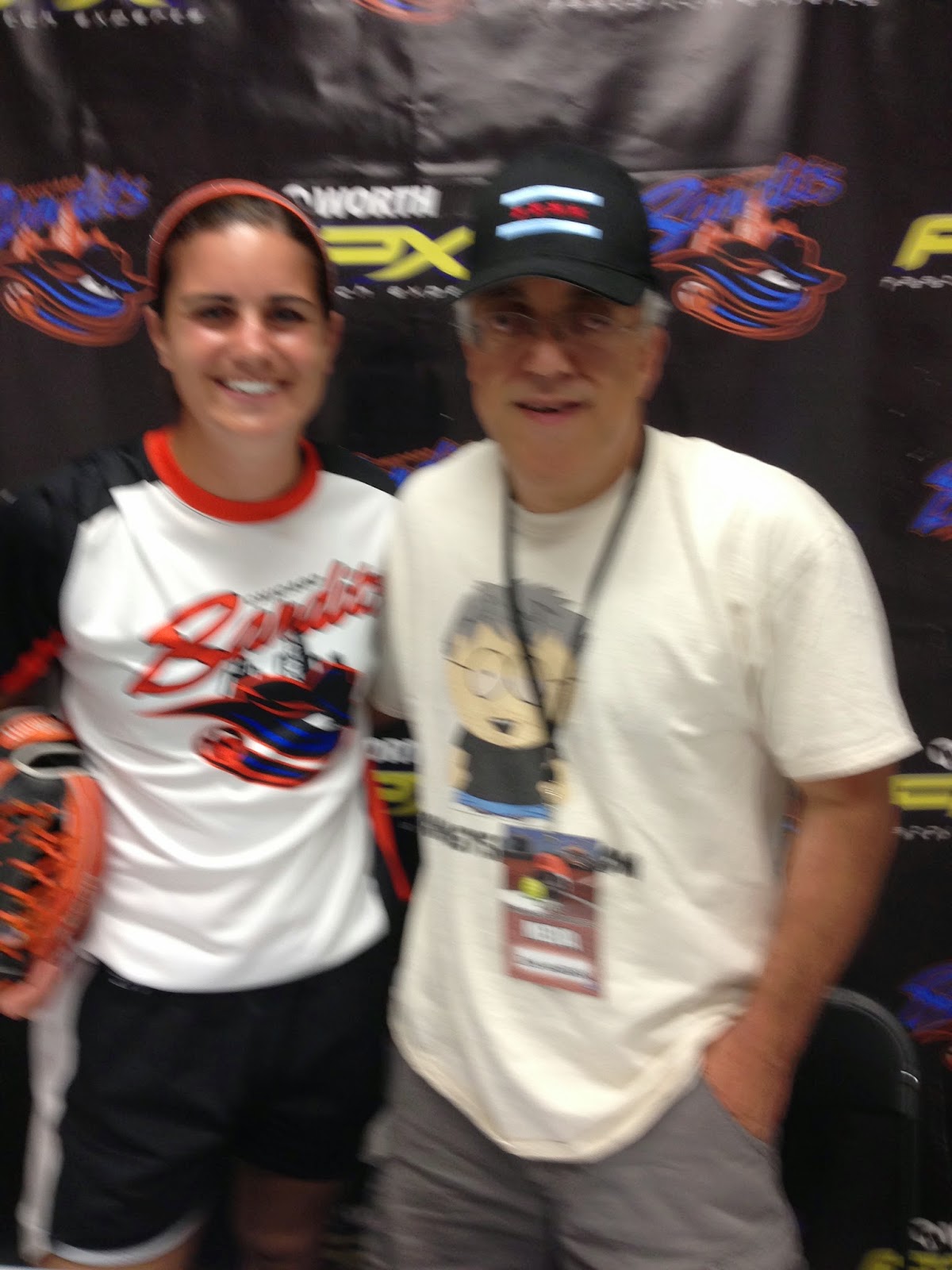