On the Beat with Kristen Butler of the Chicago Bandits

The season is over for the Chicago Bandits, but JohngysBeat.com and Justin's World of Softball will continue to run our series of interviews with the team.  Today, I am featuring Kristen Butler.  Justin's take can be found at Kristen Butler Interview on Justin's World.
A catcher by trade, she was the 2006 SEC Player of the Year while at Florida.  Butler played four seasons with the Akron Racers, before taking off a couple years.  She rejoined the National Fast Pitch with the Bandits in 2012.
Butler accepted the position as the Head Coach at Toledo, thus ending her NPF playing career.  It is always sad to see someone like Butler go.  She is as talented as she is classy.  We certainly wish her well in her new position.  Hopefully, our paths will cross again and we can get an update from her.
For now, we hope you enjoy our interview with her, which can be found at Kristen Butler Interview on YouTube. 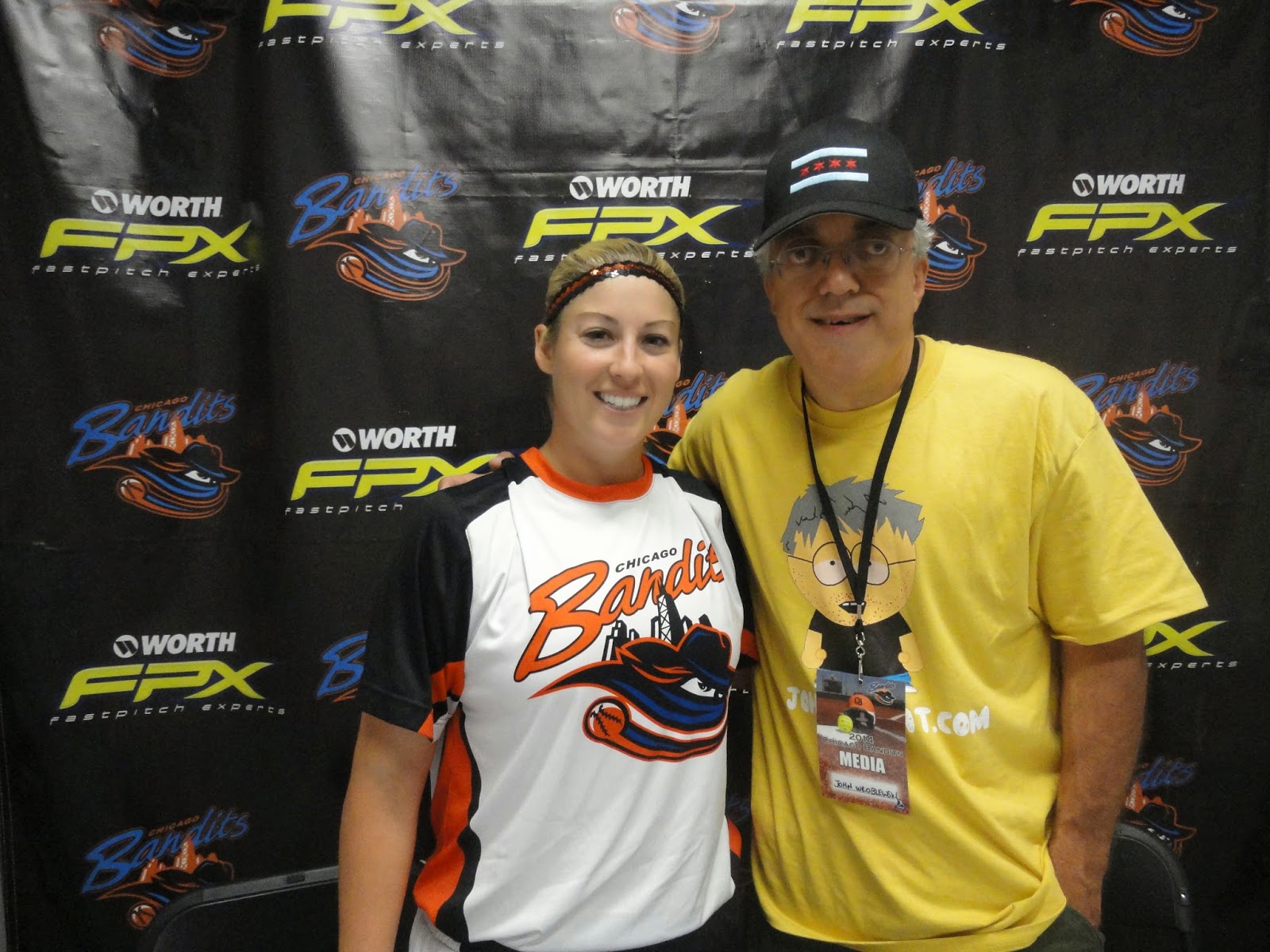