I have written many times about the curse of shunning a JohngysBeat.com interview request.  Mike Hessman did not shun us and earlier this season, he reached a big milestone.
We originally came across Hessman while covering the Astros in Houston.  JohngysBeat.com's Contributor Extraordinaire Matt Parker was early in is interviewing career.  He approached Hessman after Hessman had completed his batting practice and was heading into the dugout.  Matt scored one as Hessman answered his questions.  That interview can be found at On the Beat with Mike Hessman.
That was Hessman's last season in the majors.  Since then, he has played minor league ball for the Astros, Reds and Tigers.  He has over 1600 career minor league hits.  More importantly, in May, he hit his 400th minor league home run, becoming only the sixth player ever to accomplish that.  He also is the all-time leader in home runs at Triple A.
Those are some legendary stats, no matter what league.  Hessman's accomplishments cannot be denied.  I hope he does get another call to the majors, even as a September shot when rosters expand.  That would be a nice reward.
Hessman is 36 years old.  I don't know how much longer he intends on playing.  If he never makes it back to the majors, he will retire with 7 career big league hits and a .127 batting average.  He'll always have the 400+ homers though! 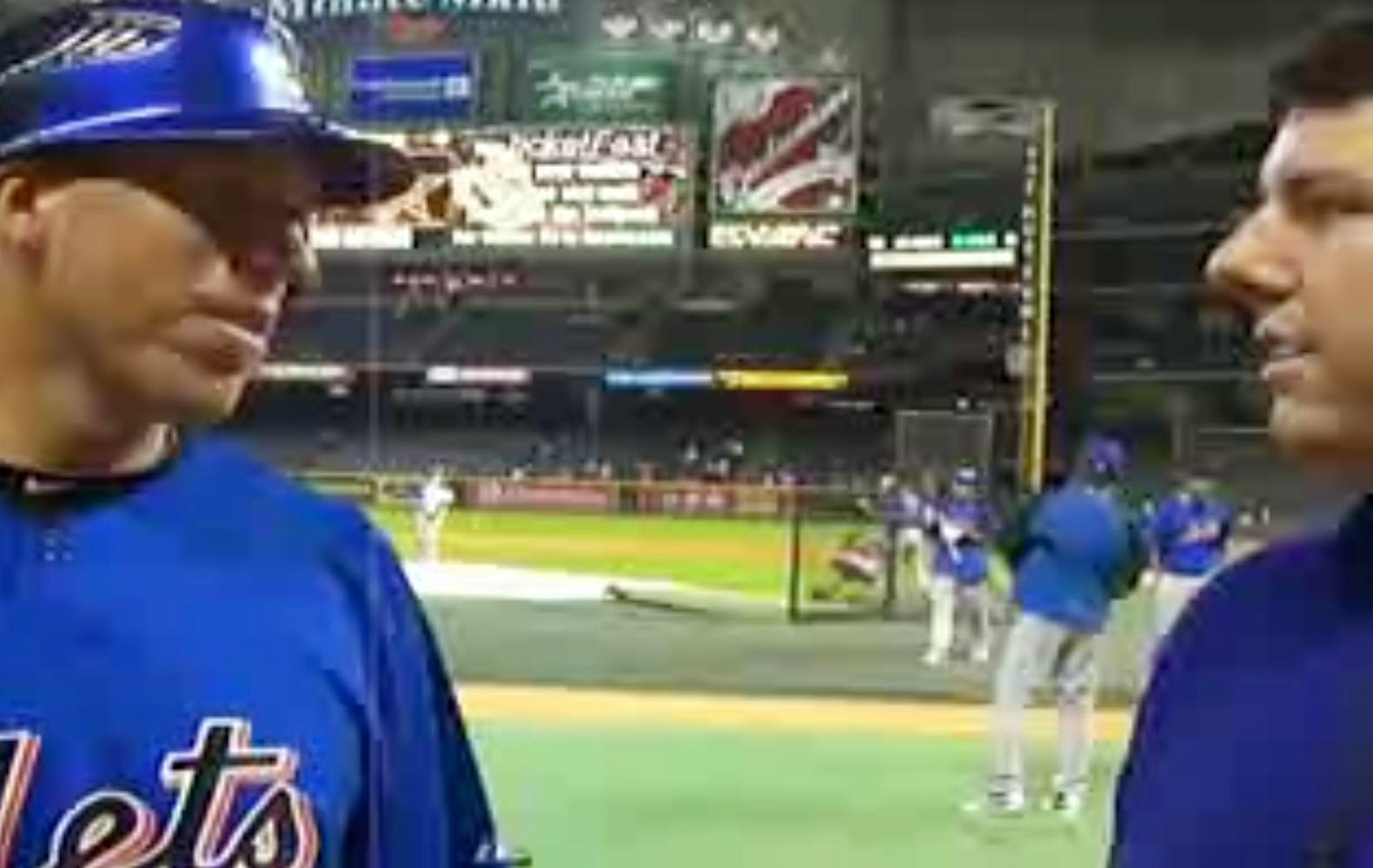 Mike Hessman and Matt Parker in Houston TX-Summer 2010.
Posted by Johngy at 6:00 AM