This is a regular series which attempts to combine my lifelong passion for baseball cards with my semi-professional interest in celebrities.  The Cubs and the White Sox had the same (woeful) record for the first time ever.

The Daley name is historic in Chicago politics.  Father and son ruled the city for the better part of my life.  They are also diehard White Sox fans and of course, son Richard would have to be in a Sox uni on his Celebrity Jersey Card.  He us wearing #11, probably most-famously worn by former player-manager Don Kessinger. 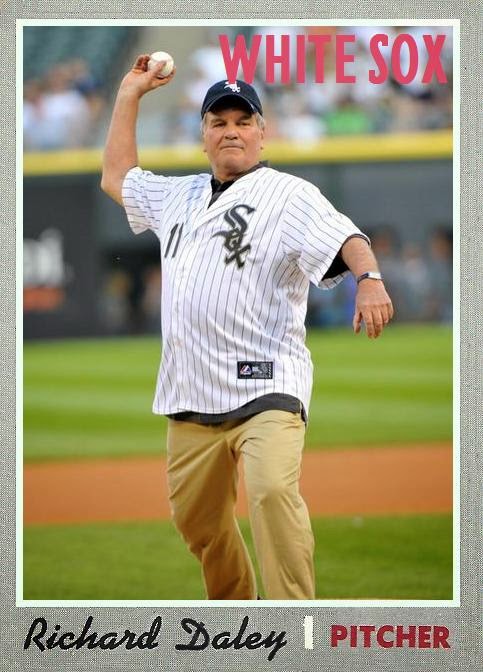 Actress Bonnie Hunt stayed true to her Chicago roots for her Celebrity Jersey Card.  She tossed out the ceremonial first pitch at Wrigley Field a while ago and has now landed here. 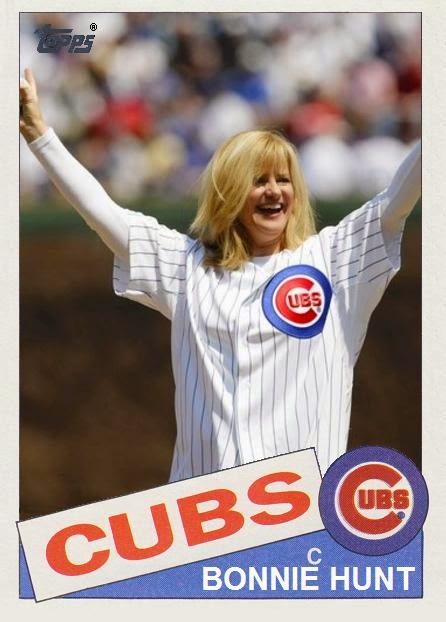