This is a regular feature which attempts to combine my lifelong passion for baseball cards with my semi-professional interest in celebrities.  The Blackhawks are back!

Robbie Gould has been good as gold for the Bears for several years.  He is one of the best kickers of all time.  He even tried kicking the puck into the goal (as depicted here on his Celebrity Jersey Card).  I applaud him for sticking with his strengths! 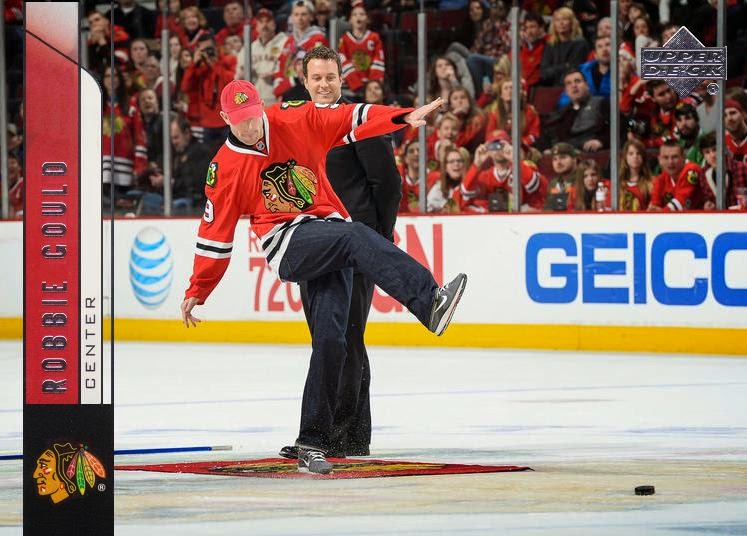 Way back in the day, few people probably thought Garry Meier would have a longer radio career than his one time partner Steve Dahl.  Meier is entertaining listeners on WGN, a station he once mocked.  We are all entitled to change.  Meier's Celebrity Jersey Card features a license plate, a first for such cards! 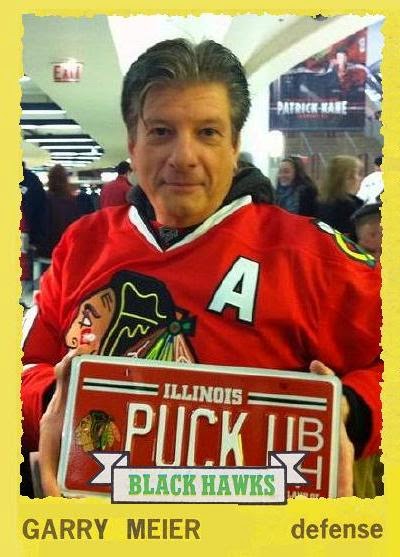