The Backup Catcher Hall of Fame is the brainchild of Cuzz Gekas and myself.  The germ of the idea stems from many long road trips and our interest in all things off the beaten path.
We both have an affinity for backup catchers.  We recognize their value and their lack of exposure and we decided to try to do something to salute the very best backup catchers.  We hope that everyone sees our sincerity, especially the inductees.  We really wanted to highlight these under-appreciated players.
We set up some guidelines for eligibility (which can be found in previous posts on the BCHOF here) and started with backup catchers from our lifetime (basically post 1965).  It is a work in progress.  We know there are a lot of other worthy candidates and we will get to everyone in time.
After three years of inductions, we took off 2013 to regroup a bit.  We have come back strong to announce a new class of 2013-2014, which includes our first "veterans committee" selection (thanks to Baseball Historian Dave Zeman).

To recap our previous enshrinees...... 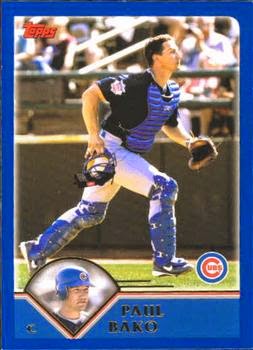 PAUL BAKO
Paul Bako (1998-2009) served as Greg Maddux’s personal catcher with the 2001 Atlanta Braves and the 2004 Chicago Cubs. Bako played 12 years and rarely stayed with the same team wearing a total of 11 different uniforms. He would sign yearly free agent contracts for any team in need of a quality backup catcher. Over the course of his career Bako appeared in 789 games and batted .231 with 24 homeruns. He currently is an equipment representative for Marucci Bat Company in Baton Rouge, and lives in his hometown of Lafayette, LA with his wife and two children. 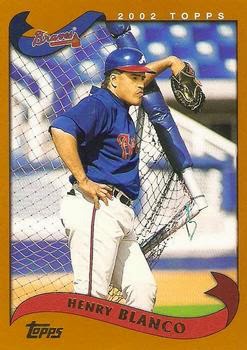 HENRY BLANCO
Henry Blanco is the quintessential major League backup catcher earning entry into the BCHOF in his first year of eligibility. Blanco played for 10 teams over 16 seasons appearing in a total of 971 games (1997-2013). He was the primary backup virtually every year with the exceptions being a platoon role on some terrible Milwaukee Brewer clubs (2000-2001) and filling in for an injured Joe Mauer with the 2004 Minnesota Twins.  Although, his lifetime average was only .223 with 72 homeruns, he boasted a .994 fielding percentage and was known as an excellent handler of pitchers. The Venezuelan born Blanco was initially signed by the Los Angeles Dodgers in 1989, and credits Mike Scioscia for helping him develop his skills as a backstop. Blanco is currently on the coaching staff of the Arizona Diamondbacks. 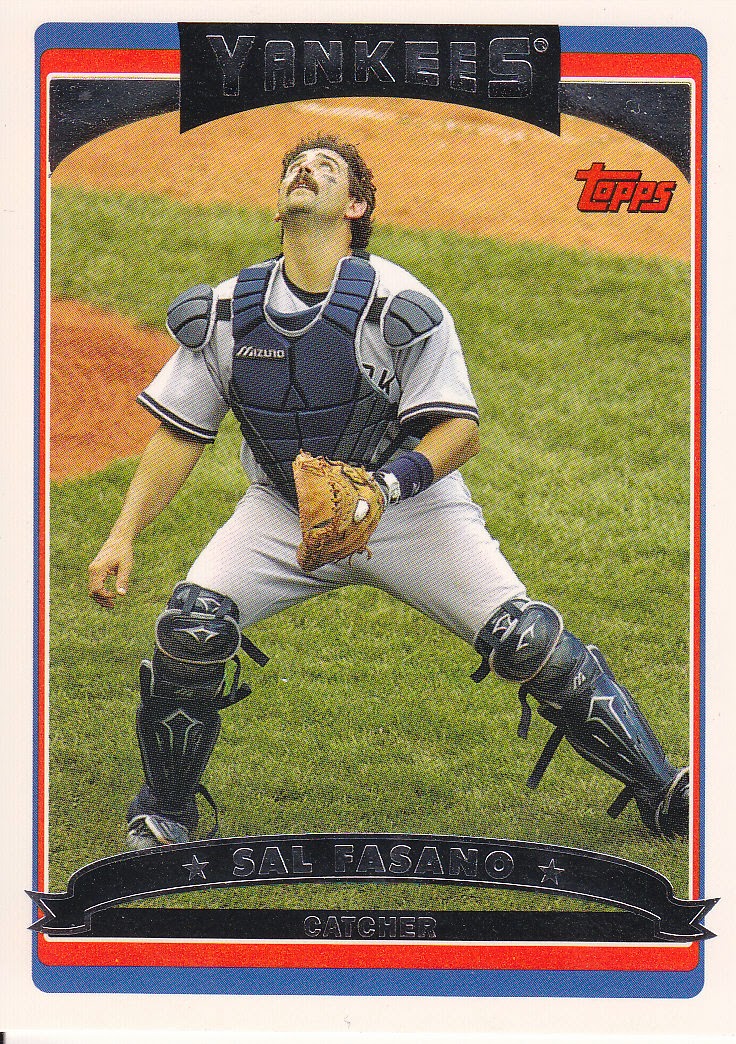 SAL FASANO
Sal Fasano enjoyed an 11 year major league career (1996-2008) playing for several teams, but is probably best known for his years with the Kansas City Royals (1996-1999) and his single season with the Philadelphia Phillies (2006). The strapping 6’2, 200 pound Fasano had a lifetime average of only .221, however, slugged 47 homeruns in only 1,109 at bats. Fasano was known as an excellent teammate and a man of outstanding character. While with the Phillies his distinctive Fu Manchu mustache earned him cult admiration of Phillie fans, who began a club called Sal’s Pals. Fasano showed his gratitude by buying the group tickets and pizza. Fasano, born and raised in Hoffman Estates, IL is currently the roving catching instructor for the Toronto Blue Jays. 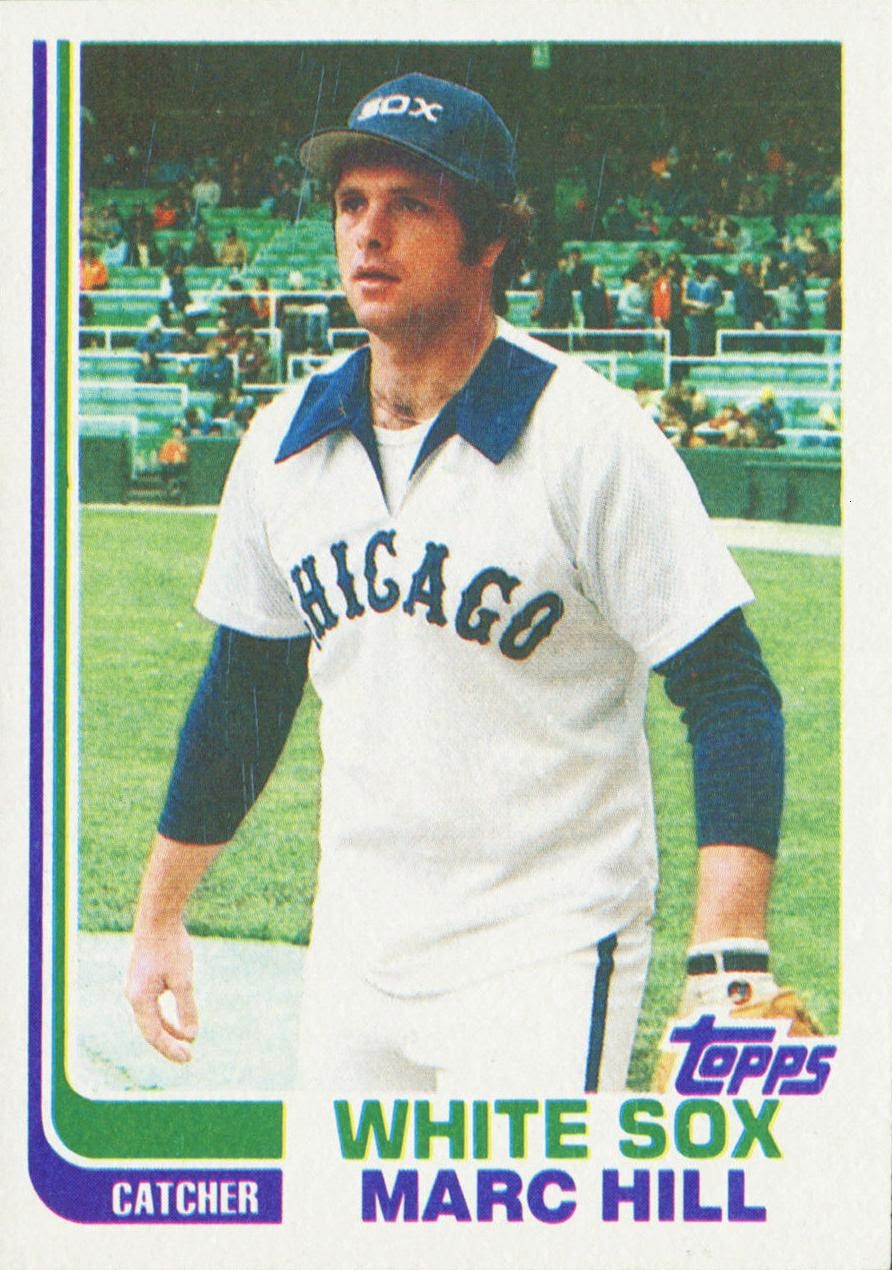 MARC HILL
Marc Hill began his major league career in 1973 with the St. Louis Cardinals. He was traded to the San Francisco Giants in 1974 and was more or less their regular catcher in 1977-78 before settling into his rightful destination as a career backup. He was given the nickname “Booter” by teammate Willie McCovey in reference to the term Boot Hill. Hill was signed as a free agent by the Chicago White Sox in 1981 where he spent the remainder of his career retiring in 1986. While with the Sox he backed up Hall of Famer, Carlton Fisk. Sporting a good sense of humor, Hill proudly stated that in 1985 he and Fisk combined for the most homeruns (37) in one season by White Sox catchers. Fisk had 37 and Hill had zero. Over the course of his career Hill appeared in 737 games and batted .223 with 34 homeruns.  Like most backups his value to the team went beyond the numbers. 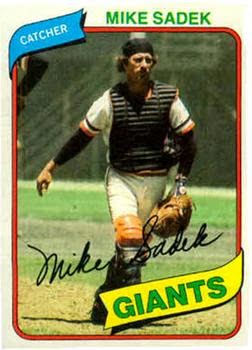 MIKE SADEK
Mike Sadek played his entire career (1973-1981) with the San Francisco Giants serving as their backup catcher. A reserve playing for only one team in his career would be unheard of in today’s era of constant player movement. The undersized backstop (5’9’’, 165) even backed up fellow BCHOFer Marc Hill during Hill’s two year stint as a Giants starter (1977-1978). The light hitting Sadek batted .226 with 5 homeruns in 383 games over the course of his career. However, the Giants desire to continually re-sign him is a testament to his dependability in his role as a backup catcher. After his retirement Sadek worked for the Giants as a Community Representative and Assistant to the Director of Community Services. 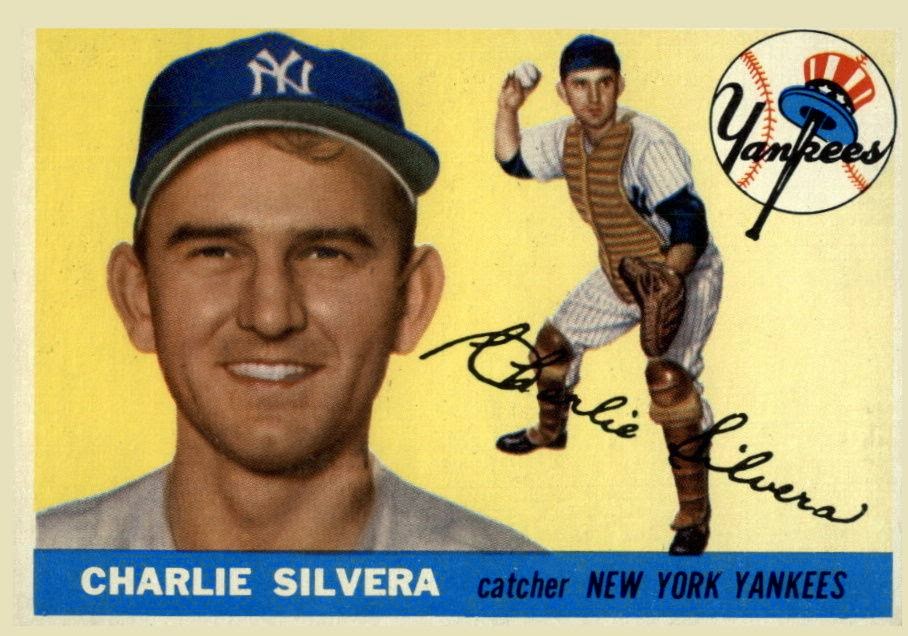 CHARLIE SILVERA
The BCHOF is proud to induct our first “Veteran” backup catcher. Charlie Silvera, a World War II veteran, played from 1948-1956 with the New York Yankees before finishing up with one final season with the Chicago Cubs. The Yankees starting catcher during those years was Hall of Famer Yogi Berra, and although Silvera had a lifetime average of .282 and an on base percentage of .356 he had no chance of unseating Berra. He even earned the nickname “Yogi’s Caddy”. In today’s game Silvera likely would have been a coveted free agent for any team looking for a starting catcher. He did earn six world championship rings and after retirement became a scout and minor league manager. During his playing days he developed a friendship with Billy Martin and landed coaching gigs with the Twins, Tigers and Rangers in the 70s. Silvera currently resides in his hometown of San Francisco, CA.

We hope you enjoy our work with the BCHOF.  While it is a fun endeavor, we take it (relatively) seriously and with the utmost respect for the backup catchers we feature.  We truly have a deep appreciation for the job they do and what they have accomplished.
Posted by Johngy at 6:00 AM

All excellent choices! I don't know that I could add any with the solid BUC creds you've posted. Johngy remains the most interesting man on the web...now I'm waiting for that HOF to be established! - Vince for the ATL

Vince-
You are the man!
I feel very Kramer-esque in this endeavor. This BCHOF thing...it's really gonna happen. Hahaha
My goal for 2015 is to find the right BCHOFer or candidate and discuss this with him for a response.