Actress Marg Helgenberger was born and raised in Nebraska.  Her first tv role was as Siobhan Ryan on Ryan's Hope, but her longest running role was on CSI: Crime Scene Investigation.  None of this explains why she wore a Panthers jersey when on a talk show.  The Panthers allegiance stems from a suggestion from her husband when she was filming a movie in North Carolina.  He figured it would to bond the Nebraskan, New Jersey native and their son, the Californian, together to cheer for one team.  That is the history behind this Celebrity Jersey Card. 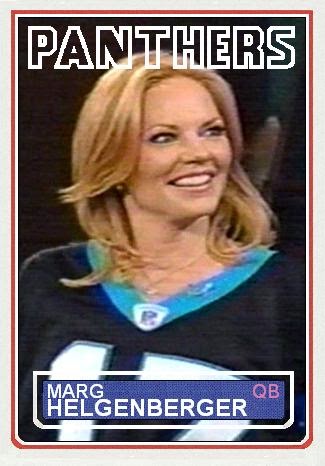 Spike Lee's Celebrity Jersey Card is a bit more obvious than Helgenberger's.  Spike is all in on New York.  If I searched hard enough, I could probably find him wearing a jersey of every New York team (past and present).  At least I have to applaud his loyalty. 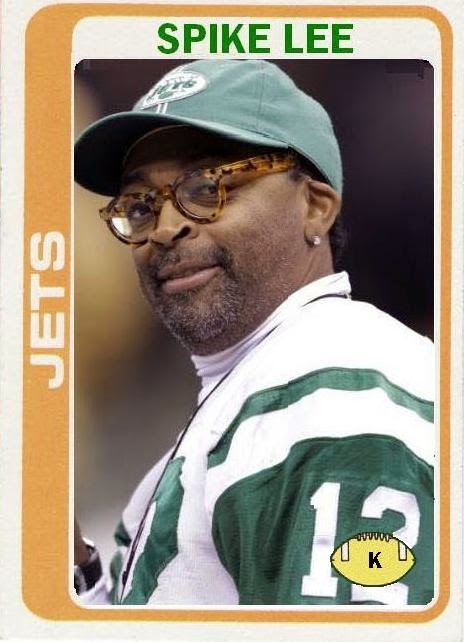