This is a regular feature which attempts to combine my lifelong passion for baseball cards with my semi-professional interest in celebrities.  For CJC #200, how about two great musicians wearing Chicago jerseys?!

Chicago area native Billy Corgan gained fame as the frontman for the Smashing Pumpkins.  Corgan has stayed close to his Chicago roots.  He owns and operates Madame ZuZu's Teahouse in Highland Park and he was instrumental in the startup of Resistance Pro Wrestling.  With his lanky form, Corgan might have made a great target at the receiver spot.  Is the scarf a first for Celebrity Jersey Cards? 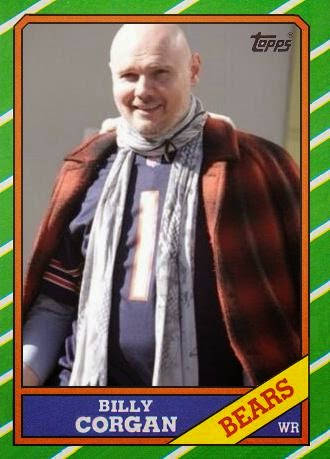 New York native Dee Snider gained fame as the frontman for Twisted Sister.  Despite the rock and roll image, Snider is a devout Christian and has been married for over 30 years.  Snider donned a Blackhawks jersey for a puck shooting contest during a Hawks game and that landed him on his first Celebrity Jersey Card. 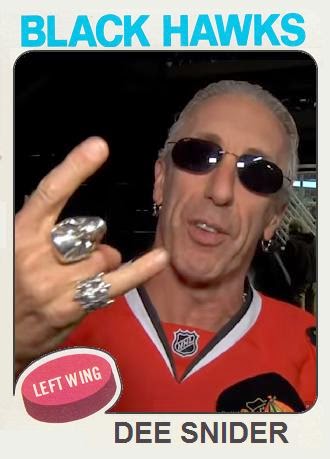