This is more than just an ordinary "Friendly Encounter."  This is sort of a part of an audition.
Crazy Mary Dobson has been making a splash on the independent wrestling scene.  Despite being very young, CMD has a lot of experience, including wrestling in Japan.  She receives rave reviews wherever she wrestles.
I have seen her wrestling regularly at Resistance Pro.  She is one of the most popular wrestlers in the company.  She always receives a great response from the audience.
CMD has been making random appearances on WWE television.  One time she was in a backstage segment with Corporate Kane.  She was her usual entertaining self.
Dobson has a bright future.  Having recently turned 21, she might be hitting the big time well before most wrestlers.  She deserves every thing she gets.  She is as nice as she is talented.
If you get a chance to watch Dobson wrestle, don't pass up the chance.  The other option is to just wait, because she will be on WWE television sooner or later! 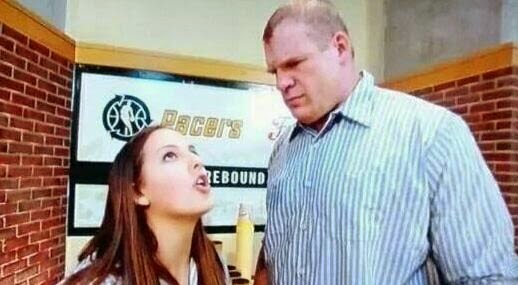