This Friendly Encounter really makes me feel old.  It has been over twenty years since I have worked with Darryl Corter.  That was back in the dark years of Lerner Newspapers.
Since then, the knucklehead I called "Hoss" (among other more colorful names) has become Officer Corter.  I have to admit, I am proud of my friend.
Since then, he has also gotten married and started a family.  Wow.  Somewhere along the line, my friend has really grown up.
Darryl is a big fan of the Chicago Wolves.  Recently, he brought his son Pierce to a game.  The little guy got a picture with Brent Sopel, who was inactive for the game.  It seems like just yesterday that Darryl and I were at a Wolves game.
Time does fly by.  It's great to see Darryl doing great things with his time and enjoying the journey. 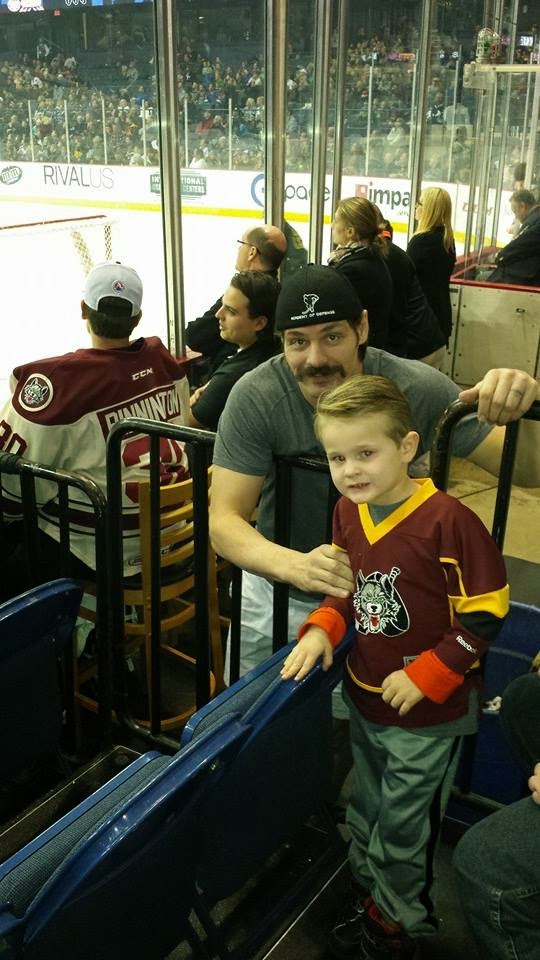 Brent Sopel and Pierce Corter in Chicago, IL-January 2015.
Posted by Johngy at 6:00 AM