Opening Day in baseball seems like a national holiday.  People look forward to it from the end of the previous season (or at least from the end of the football season).  People start counting down sometime in January.
I have enjoyed baseball as a fan for my entire life, but I have also experienced it as a member of the media for the last few years.  I consider myself very lucky to have been given media credentials at any MLB ballpark, let alone 10 ballparks.
I do not have seaqson credentials for any team.  I usually just get game or series credentials, which is completely fine with me.  I cover what I like and it is all fairly well-received.  I have never had any problems with any team, player or staffer.
Maybe I would view this more critically if I did it full-time.  Maybe I would be less excited and more jaded.  I don't know those answers and I probably will never do this full-time.  I am totally fine with that.
I get to remain a complete fan, while still having access to the players I watch.  I shouldn't admit to being excited to stand there on a beautiful field and talk to these baseball people, but I don't care.  I admit I get giddy.  I admit I seek out childhood favorites, if they are coaching, just to talk for the experience.  As a matter of fact, I hope it never gets tired.  I hope I always get that rush from walking onto a field with the baseball players I see on television.
I have done many interviews and I hope to add a few more this summer.  Most of my baseball interviews can be found at the Johngy's Beat On the Beat of the Baseball Scene playlist on YouTube. 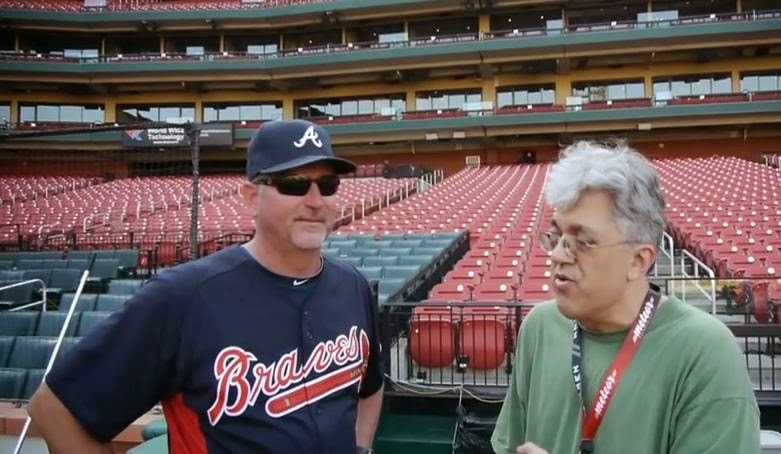