Shane Winkler played baseball in the Independent Leagues in the mid 2000's.  Two of his Managers were Buddy Biancalana and Tom Browning, former major league players.  Since then, Winkler has done a lot of coaching, including his current position as Head Softball Coach at Charleston Southern.
I met Winkler while covering the Chicago Bandits last season.  Winkler was managing the Bandits and was my first interview with the team.  That interview can be found at On the Beat with Shane Winkler of the Chicago Bandits.
I always enjoyed talking to Winkler.  He gave a great interview and was always willing to give me his time.  I have nothing but good things to say about Winkler and I will appreciate his time and consideration always.
Last season , Winkler met with Shonie Carter, UFC Fighter, Mr. International, mixed martial artist at the Ball Park in Rosemont (at almost the exact spot of my first interview with Winkler).  I almost wrote that they "hooked up," but given Carter's career, I needed to rethink my word choice.  Winkler is a great athlete, but I doubt he'd like to hook up with the martial arts master, despite what the photo below might indicate.
Winkler did not return to the Bandits for the 2015 season.  I will miss him at the games.  I wish him great success at Charleston Southern. 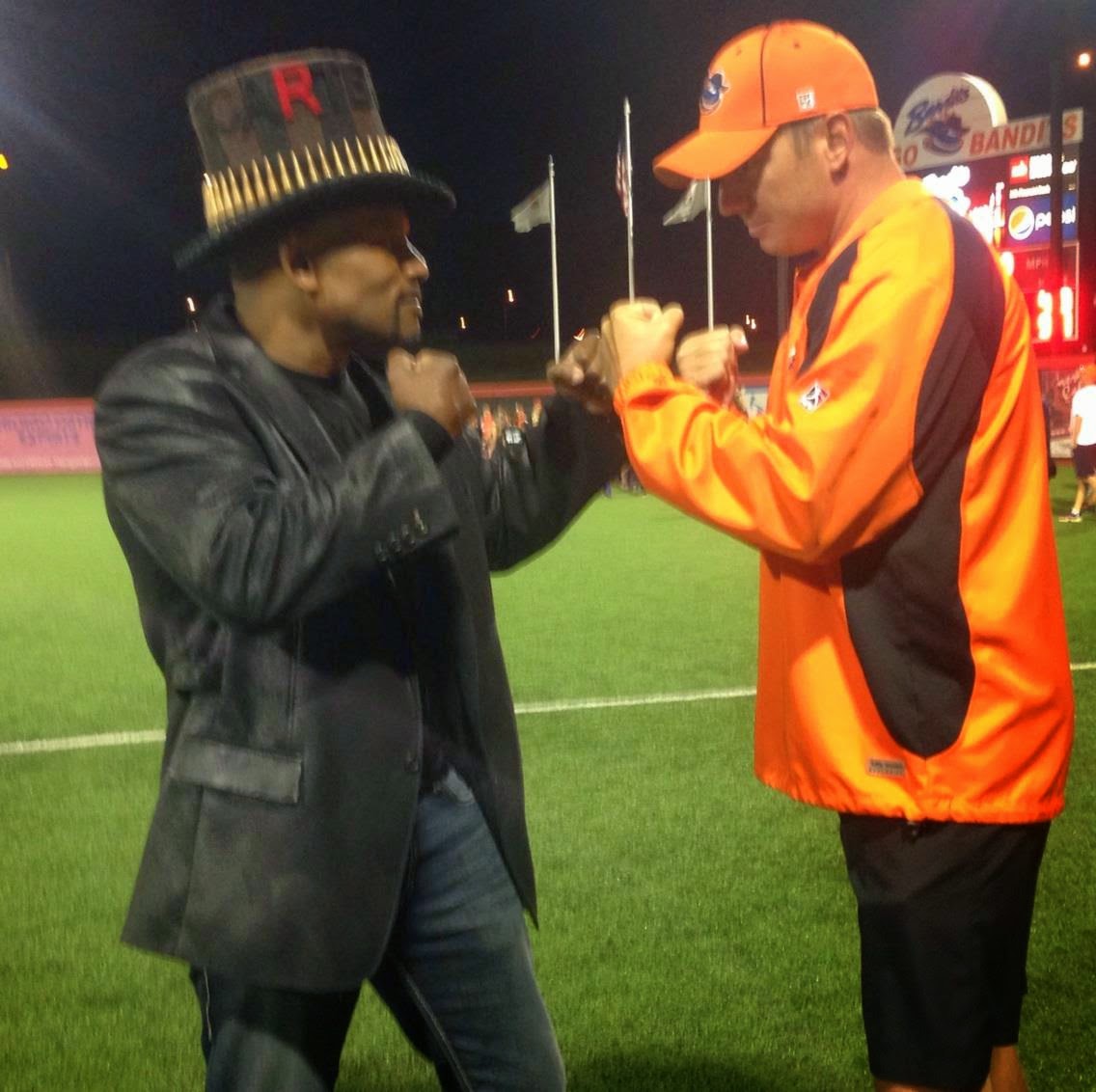