It is always extra fun when I get to feature my dad in a Friendly Encounter.  My dad has only been meeting athletes for a short time, but he is pretty into it.  Most of his encounters come at Bridges Scoreboard in Griffith, IN.
Bridges is a cool neighborhood sports bar.  My dad frequents it quite often and is always up on the next athlete to make an appearance.
My dad has already met athletes from all four major sports, as well as a former member of the Chicago Bandits women's pro softball team.  He's got quite a collection already.  I'm pretty impressed.
Today, I am featuring Jerome Walton, a former baseball player.  With the Chicago Cubs, Walton was the National League Rookie of the Year in 1989.  My dad likes to joke that Walton worked with him at the Tribune Company.  My dad worked for the paper, but it all goes under the big corporate umbrella.  Who am I to correct my dad?
Walton played for six teams in his ten year career.  He never matched the productivity of his rookie season though.  He retired with 423 career hits (139 coming in his first season).
I guess my dad had a longer career with the Tribune Company.  Also, while he never reached the heights of Walton, he was much more consistent during his Tribune tenure. 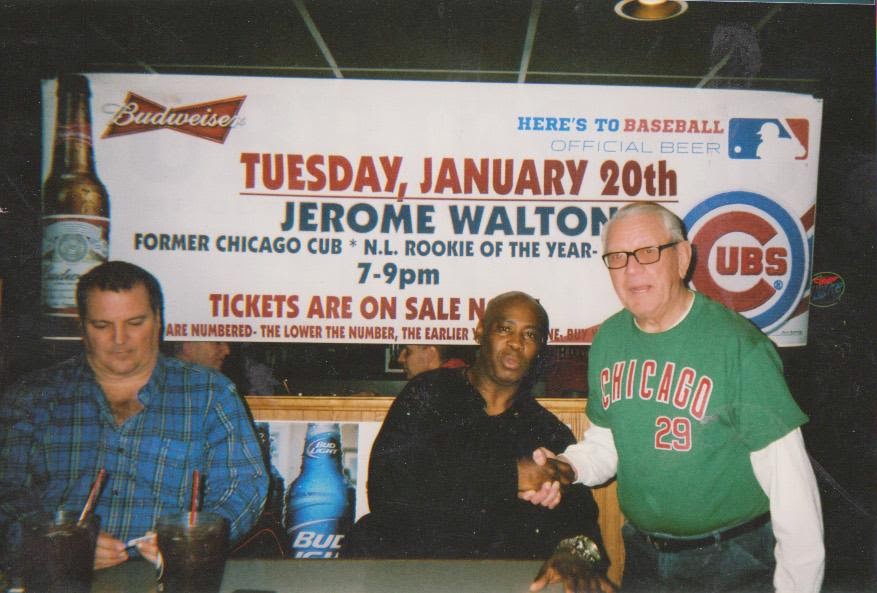 Jerome Walton and Frank Wroblewski in Griffith, IN-January 2015.
Posted by Johngy at 6:00 AM