There he is again with a beautiful women.  That Pete Richmire certainly knows where to find the pretty ones.
In this case, Richmire is with Ashley King.  This bombshell (King, not Richmire) is actually nicknamed "the Bombshell."  I think Richmire should adopt that moniker, too, but that is for another day.
King was on the reality series "Bad Girls Club: Back to LA."  I am sure this was riveting television.  King has been quoted as saying, "Being pretty is a job."  I wouldn't know about that.
Besides BGC, I only found one other entry on her resume. She was in a movie called "Pumphandle USA,". a hillbilly, comedy.  That sounds like another winner.  Maybe being pretty isn't just any job, but her best job.
Speaking of being pretty, I must say my guy Richmire is strikingly handsome!  He's a good guy, too.  How else would he get to hang with so many beautiful ladies? 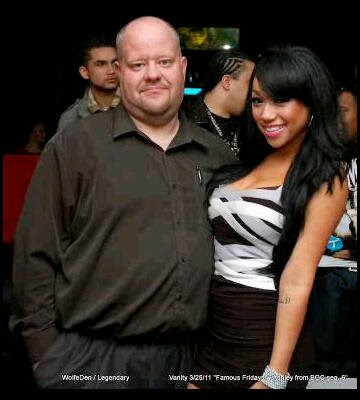