"Cards That Never Were" is a recurring series in which I create virtual trading cards to correct omissions from the various Topps sets over the years.  It is a concept I have borrowed from way to many others to list, but I thank them all.

Alan Bannister reached the major leagues with the Philadelphia Phillies in 1974.  He played mostly outfield, but a little at shortstop and 2nd base.  It really didn't matter, because he was blocked with stars at every position.  Those Philly teams were pretty loaded.  Greg Luzinski, Garry Maddox, Jay Johnstone, Larry Bowa and Dave Cash were the players ahead of Bannister at those given positions.
Although he only appeared in 50 games over those two seasons, Bannister was still regarded as a prospect.  I am surprised he did not appear on a multi-player "Rookie" card during those years.
After the 1975 season, Bannister was traded to the Chicago White Sox, where he got regular playing time.  Bannister was traded to the Cleveland Indians during the 1980 season.  The Houston Astros purchased him prior to the 1984 season and then traded him to the Texas Rangers a couple months later.  He retired after the 1985 season.
Bannister received cards in sets from 1977 through 1985.  He had no card in 1975 or 1976, until now. 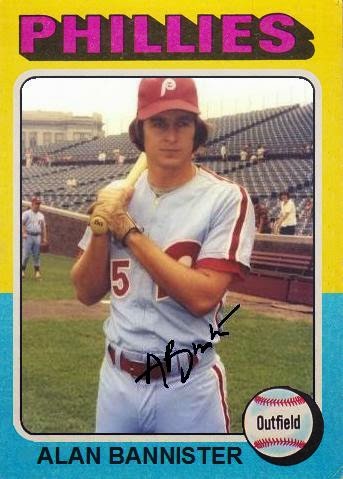 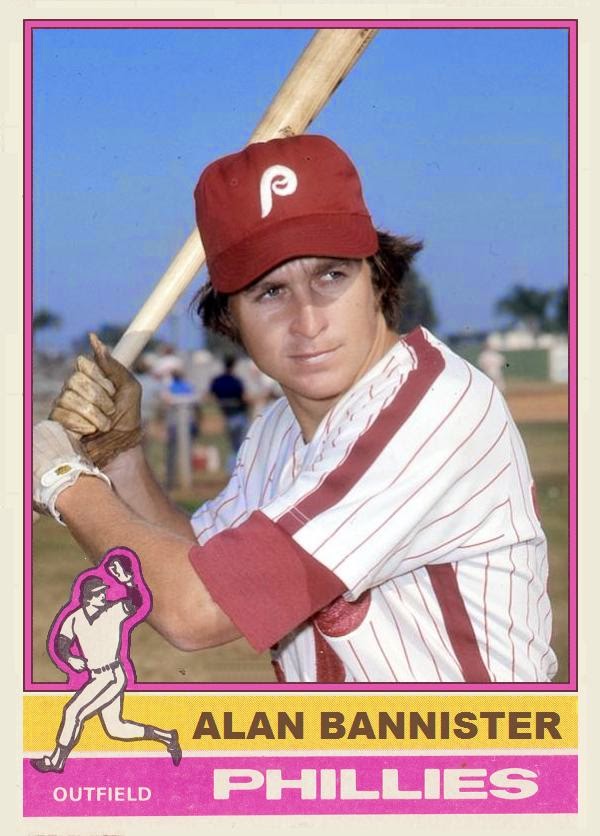