Last season, the Chicago Bandits and their Manager Mike Steuerwald started the Coach's Corner program.  Donations were sought to sponsor season tickets, which were donated to youth programs and community centers in the Chicagoland area.
The Bandits and Coach Stu have announced an expansion of the Coach's Corner program for the 2016 season.  Individuals and businesses can make donations to sponsor tickets.  For every $162 raised, one season ticket will b donated.
This is just another example of why the Chicago bandits are a great organization.  It starts with owner Bill Sokolis and it includes everyone who is involved in the Bandits Nation!
The Coach's Corner webpage has more info on that great cause.  The Coach's Corner GoFundMe site is also up and accepting donations.  Right now I am just spreading the word, but I will be putting my money where my mouth is with a donation.
I see the good the Bandits organization does on a regular basis.  I see the many young girls looking up to their Bandits favorites and I see those Bandits reaching out to the youth.  The Bandits aren't just a team in Chicago.  They are part of Chicago and Coach's Corner is one more sign of their continual community involvement.
I really appreciate everything that the Bandits do and I encourage everyone to just give (even a little).  Let's see the Ballpark filled with the underprivileged youth and their mentors 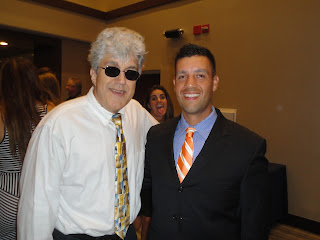