Milena Roucka was born in Vancouver, Canada.  She earned fame as Rosa Mendes in the WWE.  While she never won a title in the WWE, PWI ranked her No. 43 of the best 50 female wrestlers in the PWI Female 50 in 2008.  For her Celebrity Jersey Card, she did not wear a Canadian Football League jersey.  Mendes is seen sporting a San Francisco 49ers #21 jersey.  The #21 is best known as Frank Gore's number. 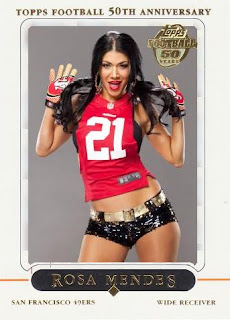 Today, Velvet Sky lends her talents to the 49ers by wearing a Colin Kaepernick jersey for her latest appearance on a Celebrity Jersey Card.  Who wouldn't want to catch one of Velvet's passes? 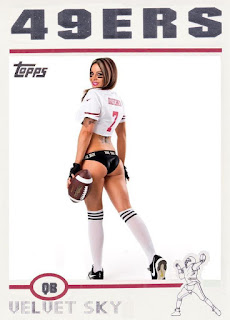