Washington, D.C. native Kevin Durant started his NBA career with the Seattle SuperSonics.  After his rookie season (2007-08), the Sonics moved to Okahoma City and became the Thunder.  The 6x All-Star forward has spent his entire carer with the franchise.  Although it is partially hidden, Durant is wearing his usual #35 on his Celebrity Jersey Card.  Either that or he is a big fan of Jack Deloplaine. 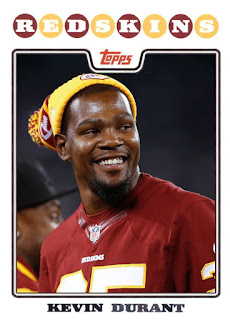 Velvet Sky makes another Celebrity Jersey Card appearance.  This time, she is sporting a #10 RG3 jersey.  I'd say she has better moves, a better body of work and probably a better future. 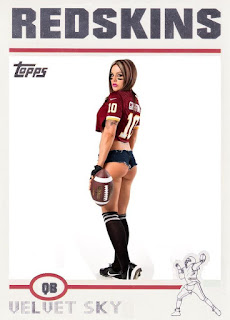