Anthony Perkins played Jimmy Piersall in Fear Strikes Out, the Piersall bio pic.  Piersall has been outspoken in his displeasure over the selection and performance of Perkins.  He felt (and probably rightly so) that Perkins just looked completely unathletic.  At least Perkins earned a Celebrity Jersey Card for his performance. 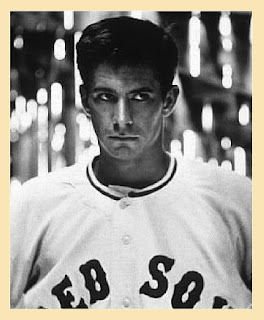 Marathoner Bill Rodgers was born in Hartford.  A connection to the Boston Red Sox might seem likely based simply on that.  Rodgers had an even bigger tie to Boston.  He won 4 Boston Marathons during his illustrious running career.  He also won many other Marathins, but Boston is the grandaddy of them all.  Even I have to admit that medal is just a tad bit more prestigious than thie Celebrity Jersey Card. 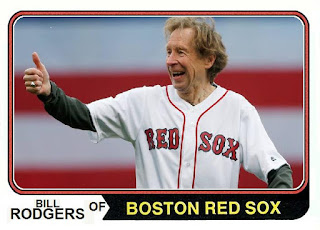