Peter Gene Hernandez was born in Hawaii and grew up to become versatile entertainer Bruno Mars.  He earned his Celebrity Jersey Card for wearing an A's jersey and cap for the soundcheck prior to his halftime performance at Super Bowl 50 (and when did the Super Bowl stop using Roman numerals?). 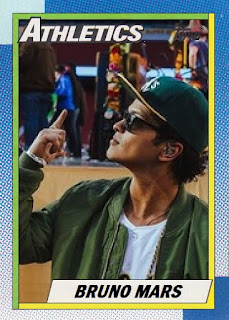 Actor and retired mixed martial artist Randy Couture was born in Everett, WA, but his Celebrity Jersey Card has him in an Oakland A's jersey, instead of his home state Seattle Mariners.  I'm not going to question the three time UFC Heavyweight champ though.  It looks good to me. 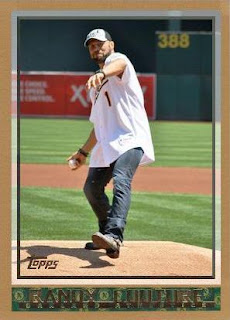