Model and actress Caitlin Arnett is a native of Tomball, TX, but moved to San Diego, CA at 19.  None of this explains her Colorado Rockies jersey, but who cares?  The Rockies jersey never looked better than on her Celebrity Jersey Card.  Some fans actually stated that her appearance was the best part of the Rockies 2015 Spring Training.  I can't disagree. 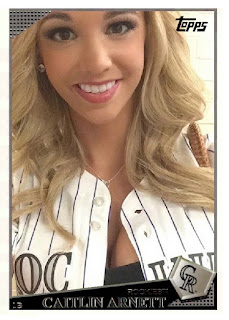 Born in Norwich, England, Ben Youngs is an English rugby union player who plays for the Leicester Tigers and England.  At 17 years and 231 days, he became Leicester's youngest ever player used in a league match.  The rugby star earned his Celebrity Jersey Card by attending a game in Colorado. 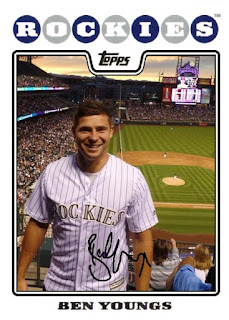