Born in Philadelphia, PA, Michael Nutter went on to become the 98th Mayor of the City of Brotherly Love from January 2008 to January 2016. He gets extra points for wearing the Phillies and having a glove cap on his Celebrity Jersey Card, but loses points for tucking in his jersey (a jersey infraction). 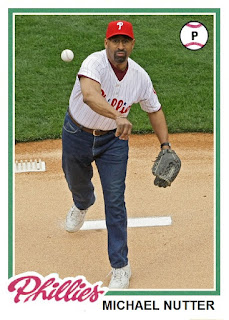 Sonny Hill is a member of the Philadelphia Sports Hall of Fame. He played basketball in the Eastern Basketball League, prior to becoming a broadcaster for the 76ers and also CBS. He started the Sonny Hill League and is known as "Mr. Basketball" and the "Mayor of Basketball" around Philly. He also gets extra points for donning the Phillies cap on his Celebrity Jersey Card. 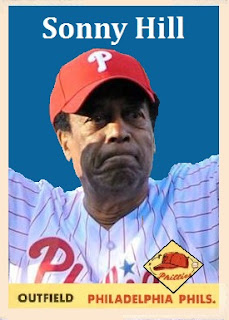