Second-generation NFL quarterback Brian Griese was born in Miami, FL and went to the University of Michigan. He was drafted by the Denver Broncos and played the first five years of his career in Denver. He also played for the Tampa Bay Buccaneers (twice), the Miami Dolphins (like his father Bob) and the Chicago Bears. Brian and his father wrote Undefeated, about football, dealing with Judi's (Brian's mother) cancer battle and other stories. Brian wore his familiar #14 when he threw out a pitch in Denver and earned his Celebrity Jersey Card. 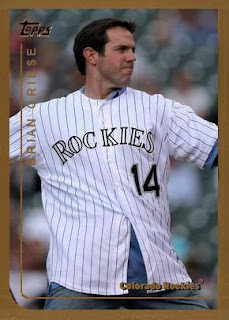 Tim Howard was born in New Jersey, but has played soccer all over the world. Currently, the goalie captains the MLS club Colorado Rapids and plays for the United States national team. He wrote The Keeper, a book about his career and his battles with Tourette syndrome and obsessive compulsive disorder. Howard traded his Rapids jersey for a Rockies one for his Celebrity Jersey Card, although he still repped the Mile High city. 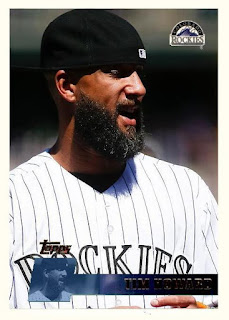