This is a regular series in which I create virtual trading cards for celebrities wearing jerseys. Today, we feature players from the Minnesota Lynx of the WNBA, while working our way alphabetically through MLB.

Lindsay Whalen was a star player at the University of Minnesota. She was selected with the #4 pick by the Connecticut Sun in the 2004 WNBA draft. After 6 seasons with the Sun, Whalen joined the Minnesota Lynx and has played there ever since. She also played in the 2012 Summer Olympics, earning a gold medal, and was recently named as the head coach at her alma mater. Whalen took part on the Twins salute to the Lynx, thus earning her Celebrity Jersey Card 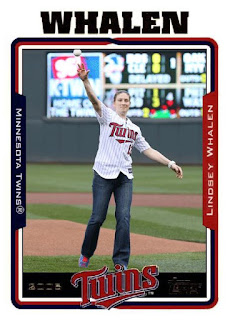 Sylvia Fowles starred at LSU, prior to being selected #2 by the Chicago Sky in the 2008 WNBA draft. After 7 seasons with the Sky, she was traded to the Lynx. Fowles won gold medals in the 2008 and 2012 Summer Olympics. Like her Lynx teammate, Fowles earned her Celebrity Jersey Card when the Twins had a special Lynx Night. 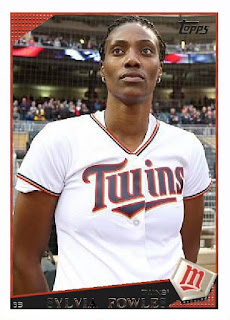