Born in Penn Hills, PA, George Karl played 5 seasons with the San Antonio Spurs and coached for 27 seasons with several teams. He coached for 7 seasons with the Seattle SuperSonics (now Oklahoma City Thunder). He led the Sonics to the Western Conference Finals 3 times, although they never won the title under his reign. His Celebrity Jersey Card comes from raising the 12th Man flag, as so many other have done. 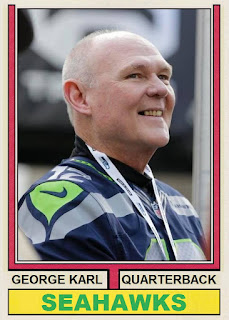 Randy Johnson was born in Walnut Creek, CA. The tall southpaw pitched for 22 seasons, including 10 with the Seattle Mariners. He won the Cy Young award 5 times on his way to a Hall of Fame enshrinement. His Celebrity Jersey Card also comes from the 12th Man flag raising ceremony. 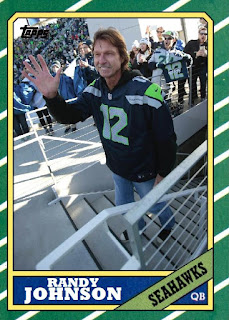