Legendary actor Robert DeNiro was born in New York City, NY. It was his role in Silver Linings Playbook that earned him this Celebrity Jersey Card. He portrayed the father to Bradley Cooper's character and he was a huge fan of the Eagles in the movie. The #66 is for Bill Bergey, former star linebacker. 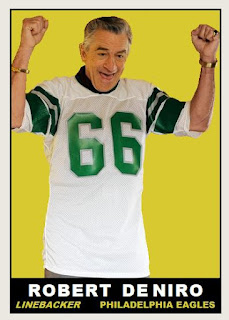 Actor Sylvester Stallone was also born in New York City New York, but because of his iconic Rocky franchise, he will always be associated with Philadelphia. His Celebrity Jersey Card shows him wearing a #22 jersey. Stallone played some running back in his amateur days, but linebacker Sidney Jones is the latest to wear that number for the Eagles. 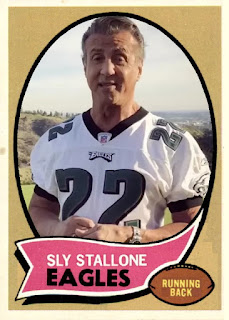