Jermaine Jackson is the 4th oldest child and 2nd oldest son in the famous Jackson family. He literally grew up singing. Jackson has seven children, although none appear to be following him into the music business. Jackson earned his Celebrity Jersey Card as a fan at a Los Angeles Dodgers game. It begs the question if he caught a foul ball or if it was given to him. Jackson's #99 was most prominently worn by former slugger Manny Ramirez. 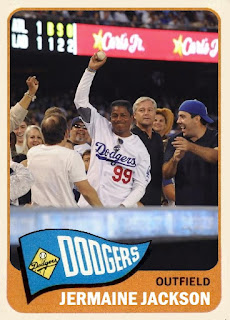 Robby Krieger has also been a musician since his early years. He gained fame as part of the Doors and was inducted into the Rock and Roll Hall of fame with the group. After the Doors, Krieger continued to perform with other bands and as a solo artist. He performed the National Anthem at a Dodgers game to gain his Celebrity Jersey Card. 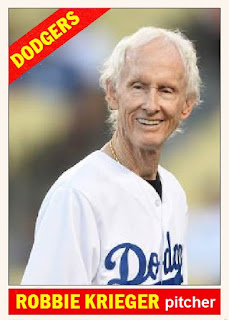