Born in Georgia and a star at Syracuse, Jim Brown went on to a Hall of Fame career with the Cleveland Browns. He earned the HOF nod with just 9 seasons. That's how special he was. He then went on to a solid acting career. Brown's Celebrity Jersey Card comes from a special Cleveland Legends Night the Indians held. 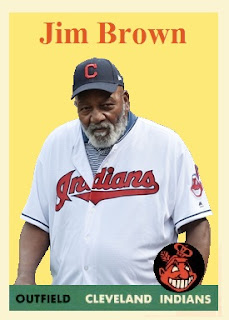 Joining Brown on the Cleveland Legends Night was former Cavaliers star Austin Carr. Carr was on the Notre Dame team that gave UCLA their last loss before they went on their legendary winning streak. Carr was so popular in Cleveland, he was known as "Mr. Cavalier." On his Celebrity Jersey Card, Austin is joined by his fellow Cleveland legends Jim Thome and Jim Brown. 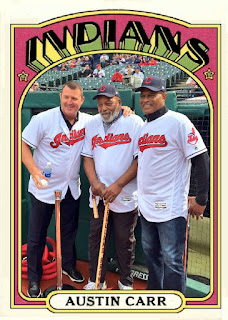