Born in Los Angeles, Mark-Paul Gosselaar became one of the breakout stars from Saved By the Bell, the popular Saturday morning television show. He has remained busy acting and has appeared to have avoided the pitfalls of teenage stardom. His Celebrity Jersey Card comes from his role on tv's Pitch, a series about the first woman pitcher in Major League Baseball. It was an interesting show and I was sad to see it not get renewed for more seasons. 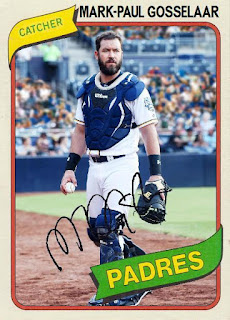 Native New Yorker Jack McGee was part of a group who did background harmony in The Young Rascals. Leaving music behind, he went on to have a lengthy career as an actor. He's one of those actors you know you have seen in dozens of roles. One of those roles was as the manager of the San Diego Padres on tv's Pitch. That role enabled McGee to land on a Celebrity Jersey Card. 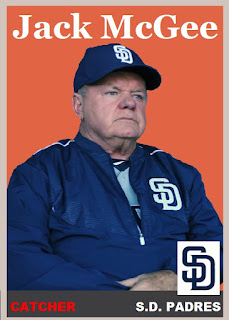