A native of Hollywood, CA, Bryan Cranston didn't go far to be a star. He starred on Malcolm in the Middle and had a recurring role as Dentist Tim Whatley on Seinfeld, before hitting it big on Breaking Bad. Cranston is a big baseball fan and memorabilia collector. His teams are the Philadelphia Phillies and Los Angeles Dodgers. He even wore a Phillies jersey in a scene to land him on a Celebrity Jersey Card. 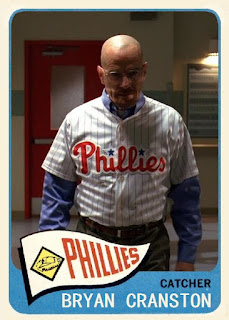 Born in El Paso, TX, Alan Tudyk has had a successful career acting and doing voiceover work. His first regular tv role was on Firefly. He has even done voice work on many video games. Tudyk earned his Celebrity Jersey Card while playing known racist Ben Chapman in the 42 biopic about Jackie Robinson. 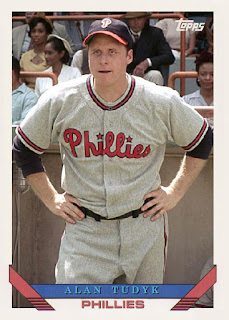