Born in Washington, Jamie Nieto is a 2-time Olympic finalist and was ranked in the top 10 in the world multiple times. Nieto's acting career started with short films, student films and commercials. .He eventually landed the role of Roberto Clemente in Baseball's Last Hero: 21 Clemente Stories. Nieto earned his Celebrity Jersey Card from playing Clemente. A few years ago, Nieto suffered a freak accident leaving him paralyzed from the chest down. He has since made a miraculous recovery and is back on his feet again. 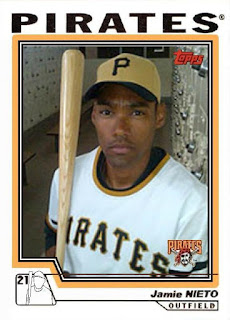 Born in Alabama, Linc Hand moved to Los Angeles and pursued acting. An excellent athlete, Hand combined both in winning the role of Fritz Ostermueller, one of Jackie Robinson's primary antagonists in 42. That role earned Hand his Celebrity Jersey Card. As in many such historical movies, certain events were slightly altered for dramatic purposes. One inaccuracy in 42 wasn't for drama, but more for simplicity sake. Ostermueller was portrayed as a right-handed pitcher, probably because it was easier than Hand learning to pitch lefty. 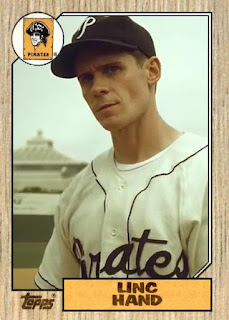