Sisters Caitlin and Sidney Powell make up Facing West, an up and coming band. The sisters were born in Florida, moved to South Carolina and eventually landed in Lakewood, CO in 2012. Caitlin (21 and dark-haired) and Sidney (18 with lighter hair) started as aspiring solo artists, because "they couldn't get along," according to Sidney. As a present to their mom, they sang a song together and gradually segued into performing together as Facing West.
Caitlin says their motto is “808s and banjos,” but the songwriting is “honest, emotional lyrics.” Influenced by Imagine Dragons, their roots are also in Christian music.
They have been touring for several years, building their audience. They had a large audience when they sang the National Anthem for the Colorado Rockies. They also earned Celebrity Jersey Cards, with both sisters appearing on both cards. Hey, they are a natural pair. 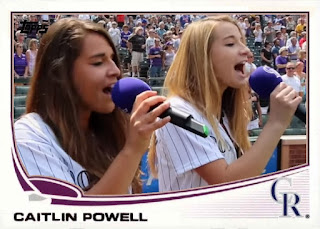 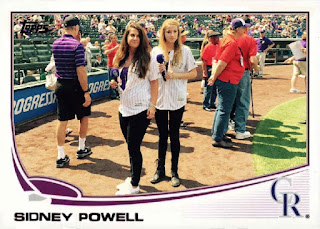