Born in San Francisco, CA, David Strathairn is my birthday twin, although 16 years prior to my debut. A veteran of the stage and screen, Strathairn has carved out quite a career. It was his role in Eight Men Out as pitcher Eddie Cicotte that earned Strathairn his Celebrity Jersey Card. 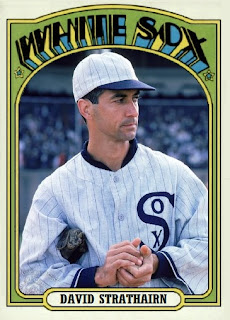 Perry Lang was also born in California, although a bit farther south in Palo Alto. He became teammates with Stathairn in Eight Men Out when he played 3rd baseman Fred McMullen. Like Strathairn, that movie netted Lang his Celebrity Jersey Card. 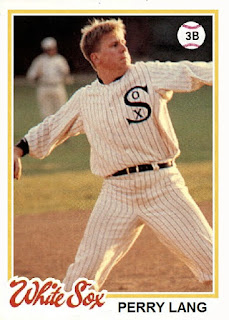