British-Canadian actress Kim Cattrall might be best known for her role on Sex In The City, for which she received five Emmy Award nominations and four Golden Globe Award nominations. She has won many awards in her legendary career and continues to be a presence on the big and screens. Cattrall threw out a ceremonial pitch for her motherland Blue Jays and earned her Celebrity Jersey Card. 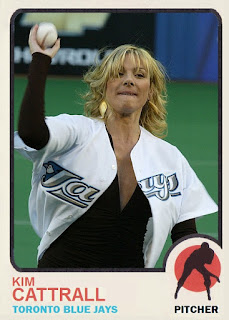 Canadian born Danielle Wade is in the early stages of what looks to be a bright acting career. A big break came when she won Andrew Lloyd Webber's search for Dorothy in The Wizard of Oz. Wade threw out a ceremonial pitch for her Blue Jays and got her Celebrity Jersey Card. 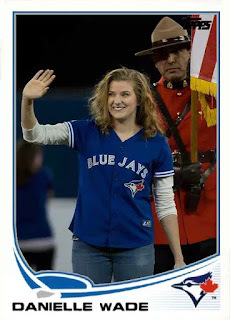