Born in Grapevine, TX, McKenna Grace started acting at the tender age of six. Many of Grace's roles are her paying younger versions of older characters. A vegetarian, Grace has done work for Animal Sanctuary and PETA. Grace threw out a pitch for her homestate Texas Rangers to earn her Celebrity Jersey Card. 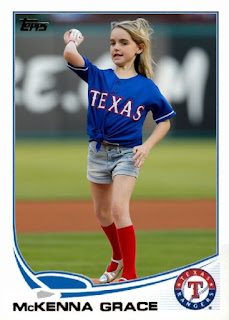 New York native David Harbour started acting on Broadway, before moving to television and movies. His role in Stranger Things earned him a Critics' Choice Television Award in 2018. Horror fans will recognize him from his title role in the 2019 reboot of Hellboy. Harbour tossed a ceremonial pitch for the Rangers and earned his Celebrity Jersey Card. 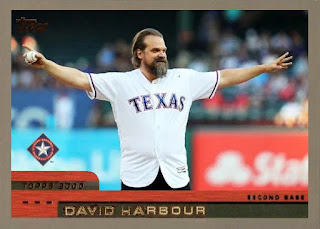