After a successful college career at North Carolina State University, defensive end Chubb Bradley was selected by the Denver Broncos in the first round of the 2018 NFL draft. Switched to outside linebacker, Bradley had an excellent rookie season. Unfortunately, a partially torn ACL, ended his 2019 season after four games. Bradley is recovered and looking forward to a great 2020 season. Bradley was greeted with thunderous applause when he threw out a pitch for the Colorado Rockies and ultimately landed on a Celebrity Jersey Card. 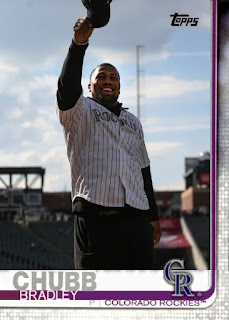 New Jersey native Martin Truex Jr. is a stock car racer. He is the 2017 Monster Energy NASCAR Cup Series champion and a two-time NASCAR Xfinity Series champion. Truex earned his Celebrity Jersey Card when he threw a ceremonial pitch for the Rockies. He wore #78 for his then #78 car. No Rockies player ever has worn #78. Actually, no MLB player has worn it either. 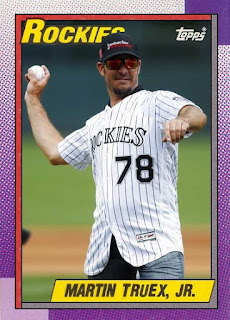