Born in Pennsylvania, Jimmy Cefalo was a star wide receiver at Penn State before being selected by the Miami Dolphins in the third round of the 1978 NFL draft. Cefalo went on to play seven seasons with the Dolphins, making it to the Super Bowl for the 1982 season. Cefalo jopined former teammate QB Dan Marino on a special night for the Marlins. Marino already had a Celebrity Jersey Card and now Cefalo joins him. 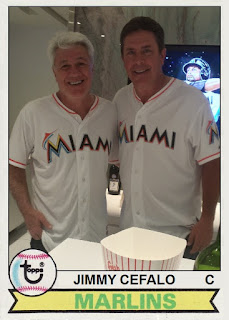 Chicago area native John Lynch starred at Stanford and was selected by the Tampa Bay Buccaneers with the third pick in the 1993 NFL draft. Lynch starred on defense for the Bucs for 11 seasons, followed by four with the Denver Broncos, on his way to the Pro Football Hall of Fame. Lynch was also selected by the Marlins in the second round of the 1992 MLB draft. He never played for the Marlins, but he did throw out the first pitch in their history. He has since thrown out a few pitches for the Marlins and has certainly earned his Celebrity Jersey Card. 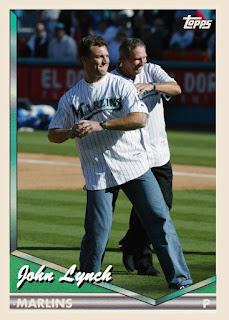