Musician Karyn Williams was born in Florida. She is the daughter of famous sports executive Pat Williams. She has a degree in Broadcast Journalism from the University of Florida. She focuses mostly on Christian music and two of her singles placed on the Christian Songs chart. Williams sang the National Anthem for the Cincinnati Reds and wore a Bronson Arroyo jersey to earn her first Celebrity Jersey Card.. 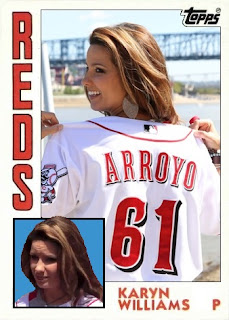 Nicki Bluhm is a singer-songwriter from Lafayette, California who formed The Gramblers in 2008. Bluhm released two albums with the Gramblers and four solo albums. We sang the National Anthem for the Reds while wearing a custom #22 jersey to get her Celebrity Jersey Card. The Reds have had a lot of players wear #22, but none really stand out. Currently, pitcher Wade Miley wears that number. 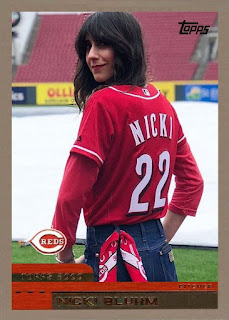