One of my favorite booths as the recent New York Comic Con was Michael Kingston;s Headlocked booth. It was great catching up with Michael, seeing his newest books and meeting all of the wrestlers at his booth.

Headlocked is Michael's comic series about pro wrestling. A while back, Michael wanted to see a realistic wrestling comic. In the absence of any others like that, Michael created one and has been a very busy and successful man since then.

The wrestling community has embraced Headlocked. Many wrestling stars have contributed to Headlocked over the years, including Jerry "The King" Lawler who has done cover art.

Despite being very busy at his booth, I managed to get Michael for a quick update. He told me of a few of his projects, including one with a Kickstarter campaign starting very soon. That's a chance to support Michael and get some cool swag in the process. Our update interview can be found at On the Beat With Michael Kingston of Headlocked at New York Comic Con 2021.

Michael is a great guy. He's one of the hardest-working folks I know, but he always has time for a little chat. It's awesome to see good things happen for him and I am certain more good things will keep coming to him.

For more info on Michael and his work, go to HeadlockedComic.com. Also, check NewYorkComicCon.com for updates and news. I am already looking forward to NYCC 2022! 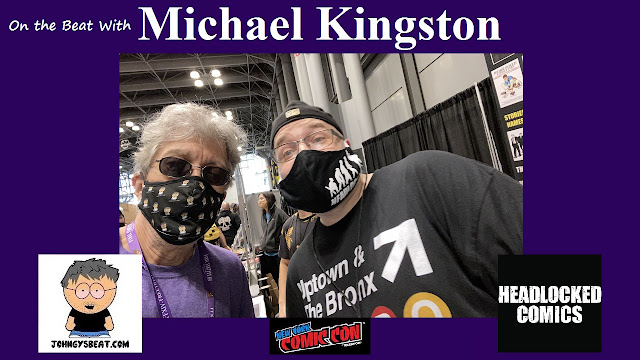