I love the interplay between Michael and Victor. It's obvious they work well together and have a similar vision. They both are doing great things in the industry.

Michael is a freelance artist at Upper Deck and the Publisher/Lead Creative at Freestyle Komics, among other things. He is currently promoting his Kickstarter campaign for Emerald Quest #1. It is billed as "a world of might and magic seen through the eyes of a young warrior." There are three issue of Emerald Quest already done and issue #4 is written.

Michael talked about Emerald Quest and his other projects in the interview. After returning home, I checked out his Kickstarter page and was intrigued by the summary and trailer. I see why Michael is so excited. This looks great.

I love discovering creators I haven't met previously, especially such positive influences like Michael (and Victor). I look forward to seeing Michael again and getting an update from him. Maybe even a joint interview with him and Victor for double fun?

Go to FSKGO.com for more info on Michael's Kickstarter campaign. Also, check C2E2.com for news and updates on C2E2 2022. 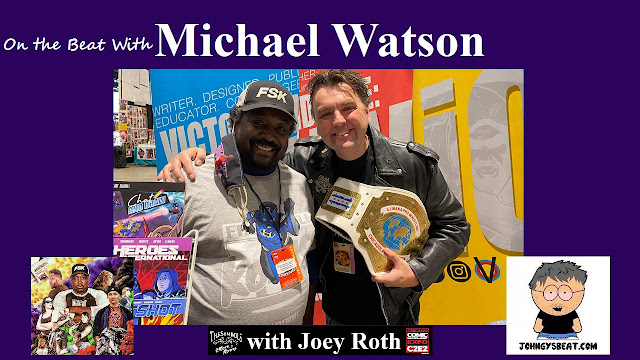