Celebrity Jersey Cards is a weekly series featuring virtual cards I created for celebrities wearing jerseys. The Wild Card Round of the NFL playoffs was tough for Pennsylvania teams.

Singer, actress Mandy Moore was born in Nashua, NH, but became a fan of the Pittsburgh Steelers. She is often spotted wearing Steelers gear, including on television's This Is Us. In one particular scene, Moore wore a Terry Bradshaw #12. The scene, featuring co-star Milo Ventimiglia, earned Moore her Celebrity Jersey Card and the love of Steeler Nation. 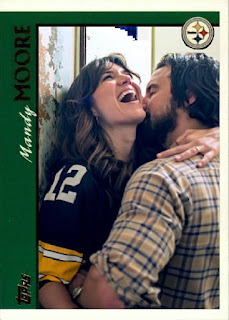 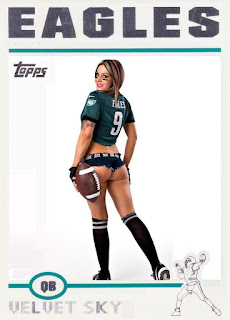