Born in Virginia, Dean Muhtadi is probably best known for his time as Mojo Rawley in the WWE, where he was a seven-time 24/7 champ. He was a star football player at the University of Maryland and has done acting.

Like Rawley, Sesugh Uhaa is probably better known by his wrestling name Apollo Crews. He won the WWE Intercontinental title and the United States title once each.

They were both spotted courtside at a Sacramento Kings game, where they both earned Celebrity Jersey Cards. No King has worn the #64, but I am assuming it is Rayley's college number. The #20 worn by Crews has been worn by many Kings, although none exceptionally great. Currently, #20 is Jahmi'us Ramsey. 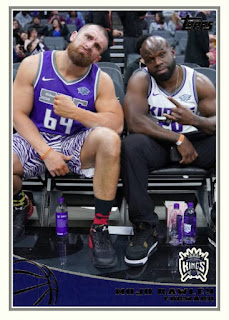 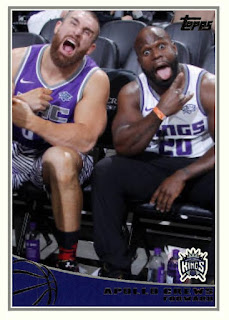