Born in Pennsylvania, Sue Palka spent 36 years at Fox 5, eventually becoming Chief Meteorologist. She is a six-time Emmy winner and also had a minor role in The War of the Roses. Palka earned a Celebrity Jersey Card with a ceremonial pitch for the Nats. 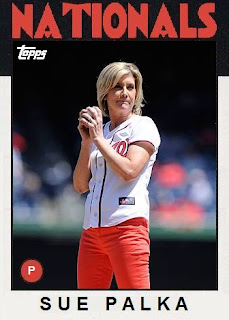 With a name like Dwight Clyde "DC" Washington, it only is natural he would find a career on the DC media scene. DC started singing the National Anthem for the Washington Redskins in 2005. In 2010, he added the Nationals to his resume. Not a lot is written about DC, but he seems like a talented character. For his Celebrity Jersey Card, he wore No. 11, most notably worn by Ryan Zimmerman. 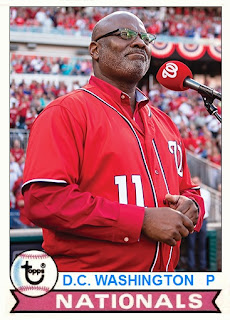