On the Beat With Bill Schelli of Rocket Pro Wrestling

Yesterday, for The Every Day Fan, I interviewed Bill, the owner/promoter of Rocket Pro Wrestling in Joliet, Illinois. I learned all about him and RPW. That interview is at On the Beat With Bill Schelli.

In its fifth year, RPW is gaining rave reviews from fans, wrestlers and critics. Bill talks about the challenges of running an indy wrestling company, the help he receives from his Knights of Columbus brethren, St. Joseph's parish, the Joliet community and more, including a preview of the upcoming Fall Brawl.

On September 10, RPW presents Fall Brawl, featuring a double main event of a 20-man Rocket Rumble and an RPW championship match. In keeping with the family friendly goal, Fall Brawl starts at 5 pm.

Creating and keeping a family atmosphere is important to Bill. Early shows allow more kids to attend. You won't see any offensive merchandise nor hear improper language from anyone involved.

When Bill lists some of the talented folks at RPW, it's a mix of the biggest and most popular names on the area. Marshe Rocket, Christian Rose, Those damn Coyotes, Steve Michaels and Cody James are just a few of the many stars appearing at Fall Brawl. Bill also coaxed Grin, one of my all-time favorites, out of retirement to join the RPW roster.

Of course the discussion had to include Joey Roth and Steve Ahrendt (both of whom I recently interviewed). Through a series of events, Joey and his Fabulous idols are now in charge of RPW. Where does that leave Bill, announcer Steve and the rest of the crew? Some answers will be revealed at Fall Brawl, but knowing Joey, he will have a few new surprises.

Bill has invited The Every Day Fan and me to Fall Brawl. If my schedule allows, I will be there, but either way I will report the results here. Until then, I hope to have a couple RPW wrestlers for interviews.

Thank you to Bill for his time and consideration. I look forward to updates and more interviews involving RPW. Check out RocketProWrestling.com for more info and news and TheEveryDayFan.com for more of my wrestling coverage. 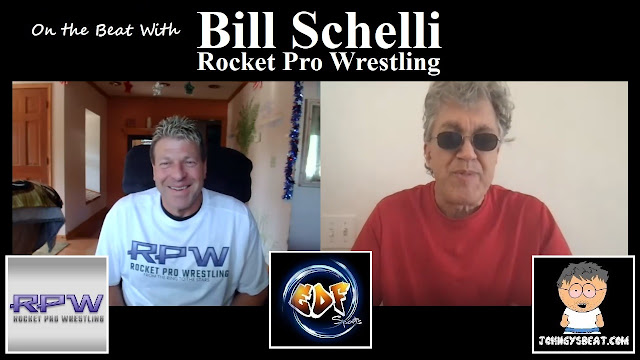 Did many commentaries for Christian Rose matches, always entertaining wrestler.

Cool. Thanks for commenting.