On the Beat With Michelle Morris

I started the interview with a bit of name clarification. Michelle has gone by Portia Chellelynn at times, but is now using her real name. You can find her online under either name.

Michelle talked about her start in acting. Already doing several things like modeling and appearing in a music video, Michelle got her first part in an unlikely way. From there, she added acting to her already impressive resume.

Anyone who has met Michelle at a convention knows she is special. Many of her fans become her friends. She treats everyone like dear friends. It is always a special experience meeting Michelle.

From there, we got into the main focus of the interview. Written and directed by Bobby Easley, another friend, Witch House is based on the H.P. Lovecraft short story The Dreams in the Witch House. Michelle plays a grad student escaping an abusive boyfriend. After moving into the Hannah House, she faces strange and horrific events. What is reality and what is the fourth dimension? Does she know? Do we know what's real?

I won't reveal any spoilers, but I will say it is a fantastic movie. There's enough horror to keep viewers on the edge of their seats, without it becoming overdone and cartoonish. It's a psychological thriller. Some parts require a bit of thought. Others need a bit of imagination. The entirety gets the viewer to think and to keep thinking. I always like it when a movie comes back to me over the next few days and Witch House did just that.

Michelle did a wonderful job in her role. She talked about the challenges of some of the most emotional scenes. You can tell how much Michelle puts into those scenes. Even simply recalling some scenes is emotional for Michelle. It's that type of passion which adds to the movie.

Of course, Bobby did a great job, too. Like Michelle, I have known Bobby for several years. Having seen his other work, I figured I would like Witch House, but it surpassed my expectations. I highly recommend Witch House, as do many of my friends, including Tony Feddeler, also a long time pal through the convention scene.

Witch House is available streaming and on DVD through Amazon and elsewhere. Especially with Halloween fast approaching, I encourage everyone to check out Witch House if you want a scary, thrill ride.

I thank Michelle for her time and consideration. I also thank Bobby, Michelle and their whole crew for years of entertainment and friendship. 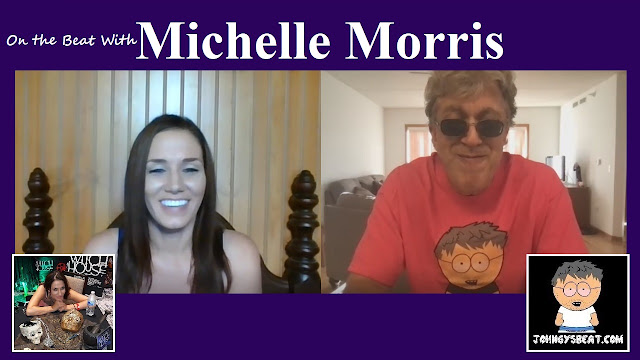