Born, raised and schooled in Michigan, Jalen Rose was part of the "Fab Five" basketball team at the University of Michigan. Rose went on to have a stellar 13 year NBA career and is now a broadcaster. Rose earned a Celebrity Jersey Card tossing a first pitch for his home state Detroit Tigers. 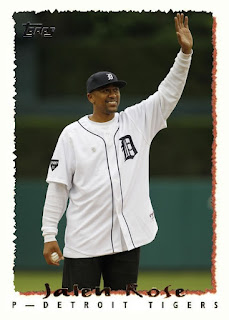 Dylan Larkin was also born in Michigan and starred at the University of Michigan. He was selected by his home state Red Wings in the first round of the 2014 NHL draft. Making his debut in the 2015-16 season, Larkin will be entering his eighth season with the team. He shares a Celebrity Jersey Card with Paws, mascot of the Detroit Tigers. 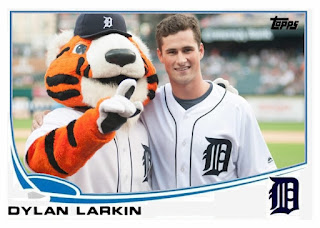