I first encountered Chazz Moretti at a POWW wrestling event.  Moretti was managing some wrestler and putting on a great show.  Actually, he was stealing the show.
Since then, I have seen Moretti work his magic in several different organizations on both sides of the fence.  Whether heel or face, Moretti gets a great crowd reaction.
Whether heel or face, Moretti is still Moretti.
These are the qualities that make him a great character in wrestling.  The best characters keep the same characteristics on either side of the fence.  They simply tweak them a bit.  This is where Moretti shines.
As a face, he is not a kiss butt, nice guy softie.  He has swagger on either side of the fence.
He also has charisma.  Fans love to hate him, but they also love to like him.  I have seen the heat and I have seen the pops.  Moretti gets to the fans either way.
None of the above is meant as sweet talk to Moretti.  I just write the truth as I see it.  If however, he wanted to sign me for some role in the Moretti Agency, I would certainly be agreeable. 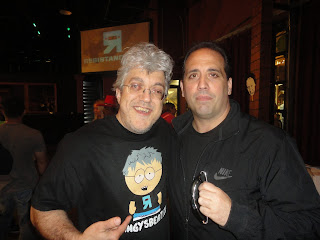