This is a regular feature which attempts to combine my lifelong passion for sports trading cards with my semi-professional interest in celebrities.  Today I am mixing baseball and hockey.

Tony LaRussa played parts of six seasons in the majors, including one game with the Chicago Cubs.  His managerial career was much better.  Three MLB titles and six League titles pretty much puts him in the Hall of Fame.  LaRussa obviously wore his usual #10 when the St. Louis Blues honored him.  I love a World Series trophy on a hockey Celebrity Jersey Card.  With LaRussa, anything is possible.  Why did the White Sox let him go anyway? 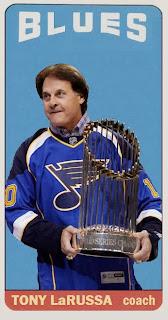 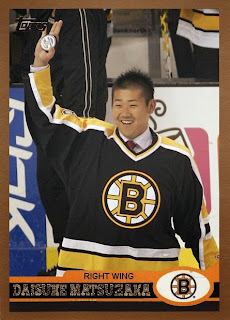