This is a recurring series which attempts to combine my lifelong passion for trading cards with my semi-professional interest in celebrities.  Today I am featuring representatives for the Super Bowl winner and loser.

Although she was born in San Diego, CA, Ann Wilson's family eventually settled in Seattle.  Wilson went on to have a Hall of Fame singing career, which came in handy when she sang the National Anthem and raised the 12th Man flag.  I have to bend the timeline by creating a Celebrity Jersey Card for Wilson with the Seahawks several years before they existed.  Although I cheered for the Broncos, I have to admit the Seahawks showed they had a lot of "heart." 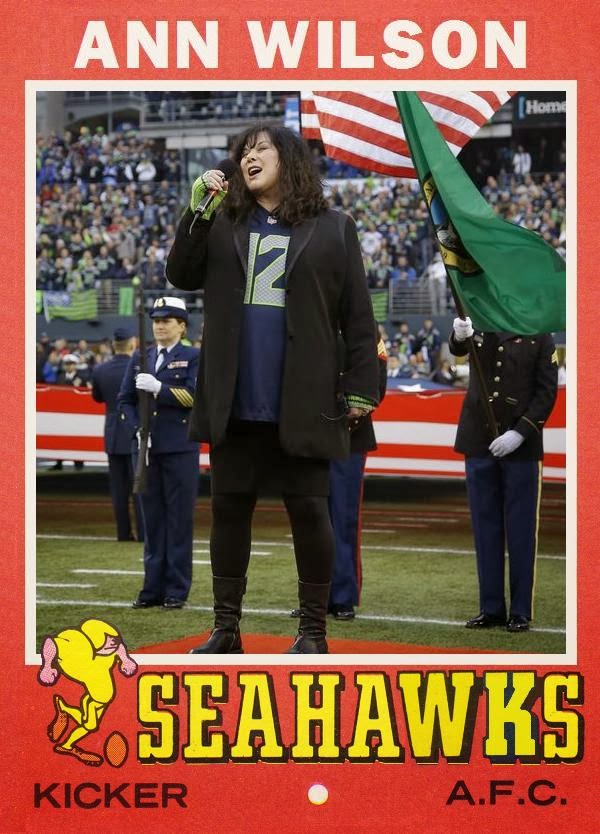 Singer Jessie James became a Broncos fan by way of her husband, wide receiver Eric Decker.  That explains the #87 on her Celebrity Jersey Card.  The Broncos lost the big game, but James is a winner in my book! 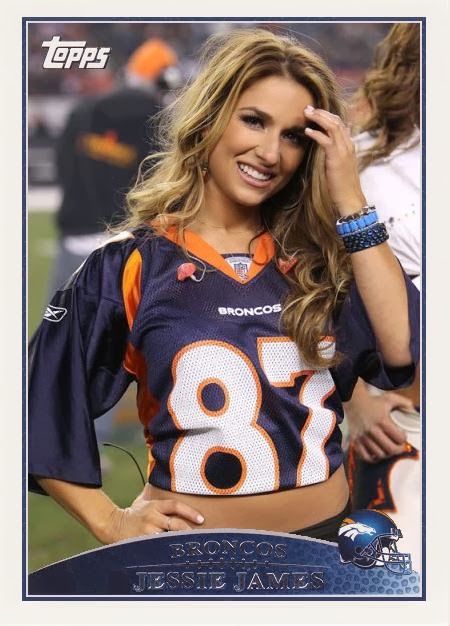